The day after the Ayurveda Symposium…

We’re sitting on the terrace of the KIS-hotel in Bad Soden – Salmünster (Germany) as I am writing this. It’s 11 o’clock, cloudy, and 16 degrees Celsius. But it’s not really cold and the sun seems to be just on the verge of making an appearance. 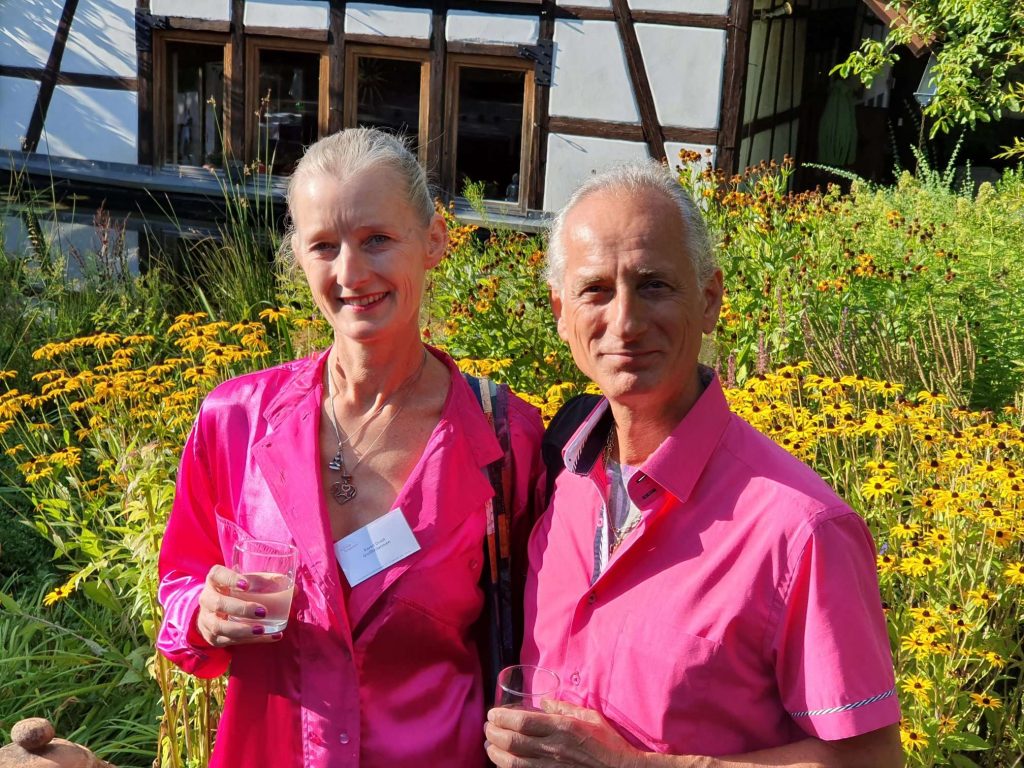 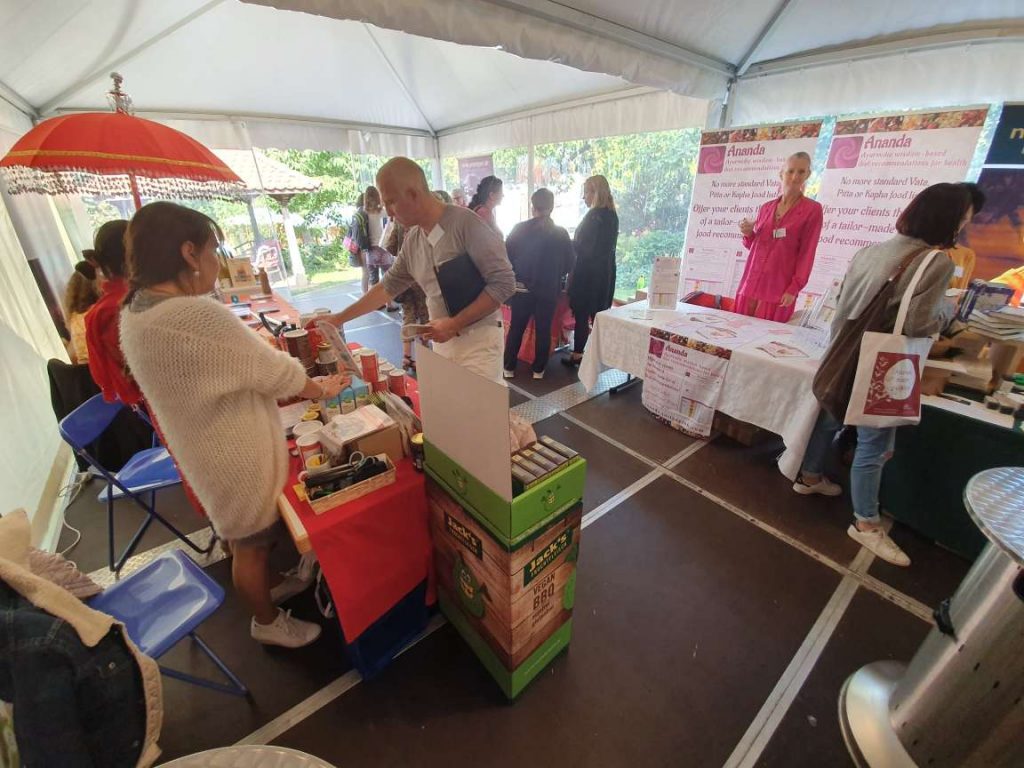 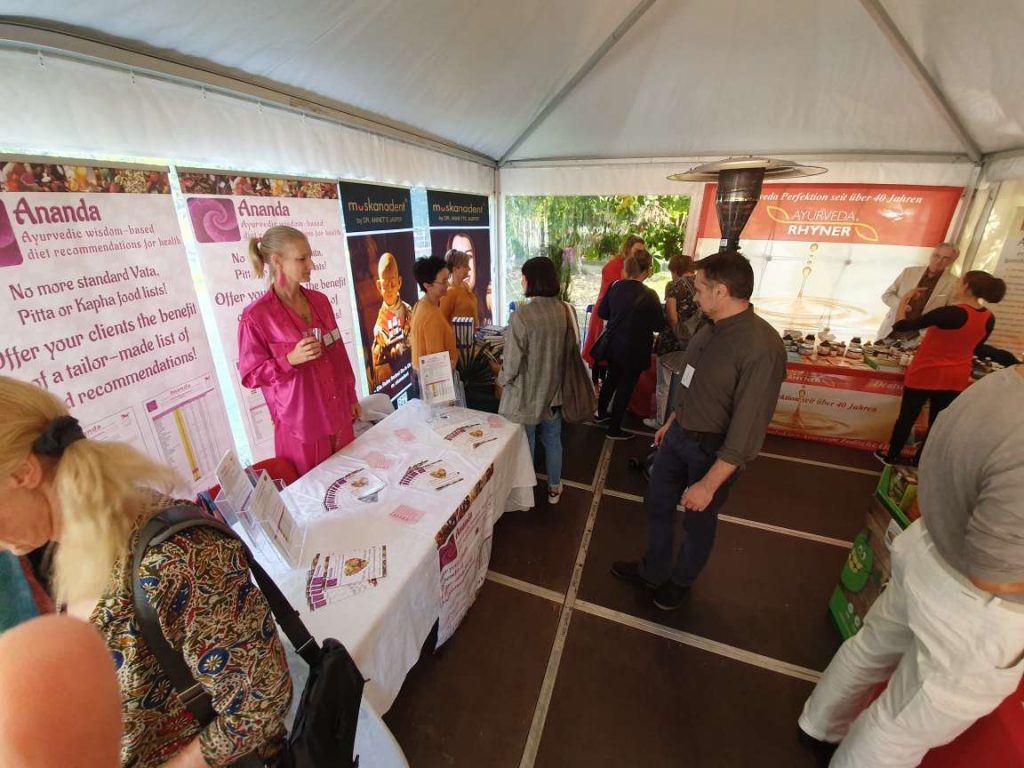 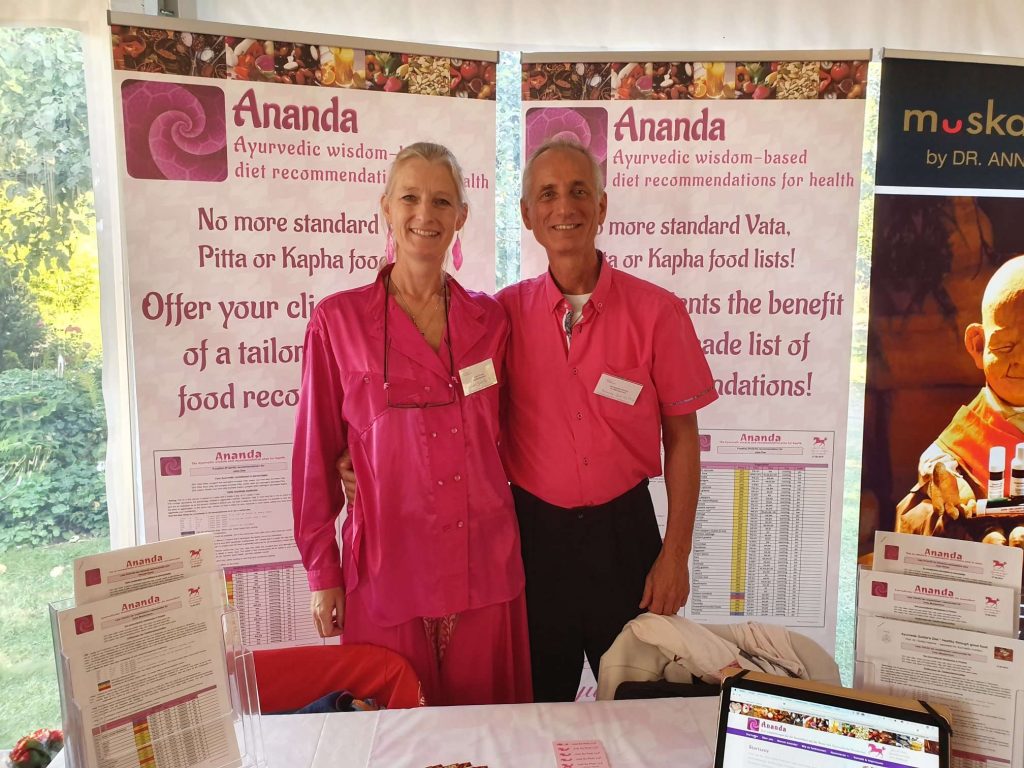 After 3 very intense days at the 21st International Ayurveda Symposium, we are both knackered and at the same time very satisfied. We’ve been present at the symposium for the full time it was on. Meaning that Friday, we arrived at the Europäische Akademie für Ayurveda at 16:30h to set up our stand, and we were amongst the last ones to leave at 22h.

We attended the opening session and the panel discussion. Both were very interesting. In the opening session, many invited guests from India spoke, and it’s remarkable to observe the differences in culture. The Indian people all started by thanking all officials for being there. Obviously, that’s part of their tradition.

The panel discussion “Ayurvedic diagnostics – an individual approach to the patient” was also very interesting. A pity that there wasn’t more time. Which is how it always is with these kind of things. In an hour, you can barely scratch the surface. A group of experts on a subject can discuss it for days without getting bored.

It was almost 20:30h when we got to the dinner table. And what a dinner it was! Ayurvedic, so with a large choice of dishes with different tastes and textures. Delicious! We went for seconds and could have gone for thirds and fourths, but we are reasonable. And didn’t want to make a bad impression on the others 😉🤣

We were back at our hotel at 22:30h with only one thought left: sleep. We hadn’t slept more than two hours the night before, due to travel and a cancelled flight.

The shuttle bus picked us up at the hotel at 7:30h. We had done a short meditation, but no yoga. Sleep took priority over that.

Breakfast at the Akademie was as good as dinner. Once more, in the Ayurvedic tradition, there were several different dishes. Most of them warm but some cold dishes as well. We took a bit of all the warm dishes and everything was delicious. That’s a very good way to start the day.

We split up to be able to visit as many lectures as possible. In between, we manned our stand and talked to as many people as possible. At 5 o’clock, I delivered my presentation. It went very well, but there were only 12 people. The session was in parallel with 3 others, so that’s quite some competition. Plus the weather was lovely, so quite some people decided to attend the sun instead of a lecture.

In the evening, after dinner, there was a concert. Even though we were very tired, we stayed on. And didn’t regret it, for it was a very joyful group with unique and lovely music. Check out Indigo Masala on youtube. They’re amazing!

We arrived at the Akademie sometime before 7 o’clock to attend the fire ceremonie. It’s an Indian tradition that Christophe had already experienced, but it was completely new to me. There was a lot of mantra chanting involved and everybody got a chance to offer special herbs to a small fire. It was nice and interesting, but for me, it lacked a bit of explanation. I’ll have it look it up in case I get another chance to attend one some day.

On the last day, we upped our game. We proactively approached people and were succesfull. We have introduced ourselves to many people who are known and respected in the field of Ayurveda. Many have promised us to check out Ananda and let us know what they think about it.

So the next couple of days, we’re going to write to all of them to remind them of us and their promise. And we’re waiting to see how many people are actually going to take a trial subscription to try out Ananda in their day to day life as Ayurvedic practitioners.

We are excited and hopeful that this is our break through for Ananda. And if it is, we’re going to visit more of this kind of events. Maybe there’s an Ayurveda Symposium in January or February in India. That would be a good excuse to travel there after visiting Thailand 🤗