A week in Gavà; deliveries in Spain

We flew back to Barcelona on Monday evening. The plane was delayed by almost two hours, so it was almost 10 o’clock in the evening when we arrived at the apartment in Gavà. 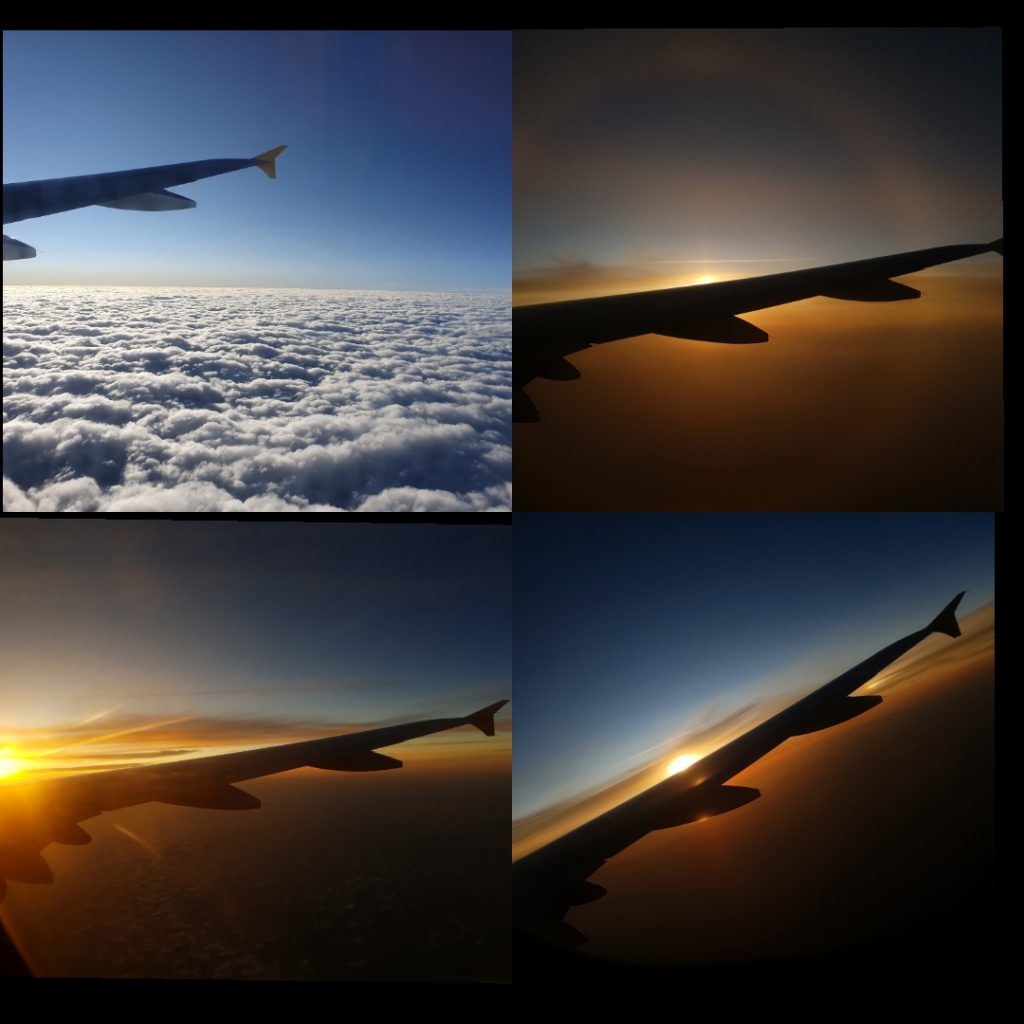 Sunset seen from the airplane

Tuesday morning, we slept in (a bit). We had no WiFi, because the downstairs neighbour who’s WiFi we had been using, is back in Barcelona and has turned off the power in his apartment. So we connected through mobile hotspots on our phones and went to work. 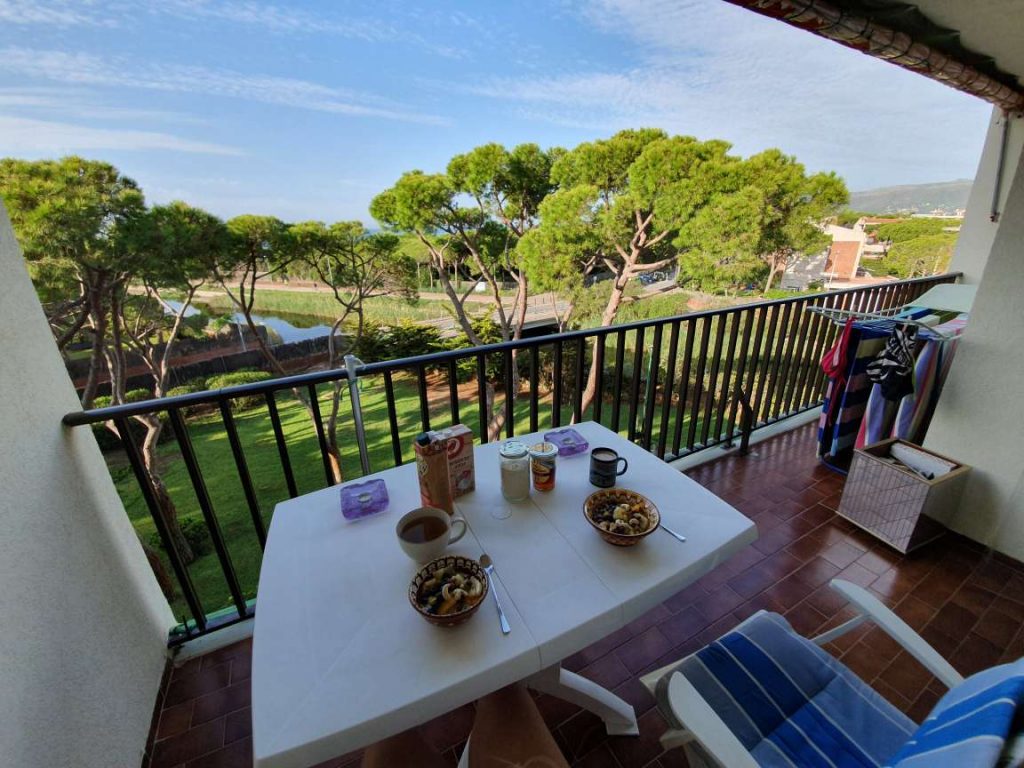 View from the apartment in Gava

We quickly depleted our mobile data credits, so we moved to a very noisy bakery, 5 minutes away, and worked from there. 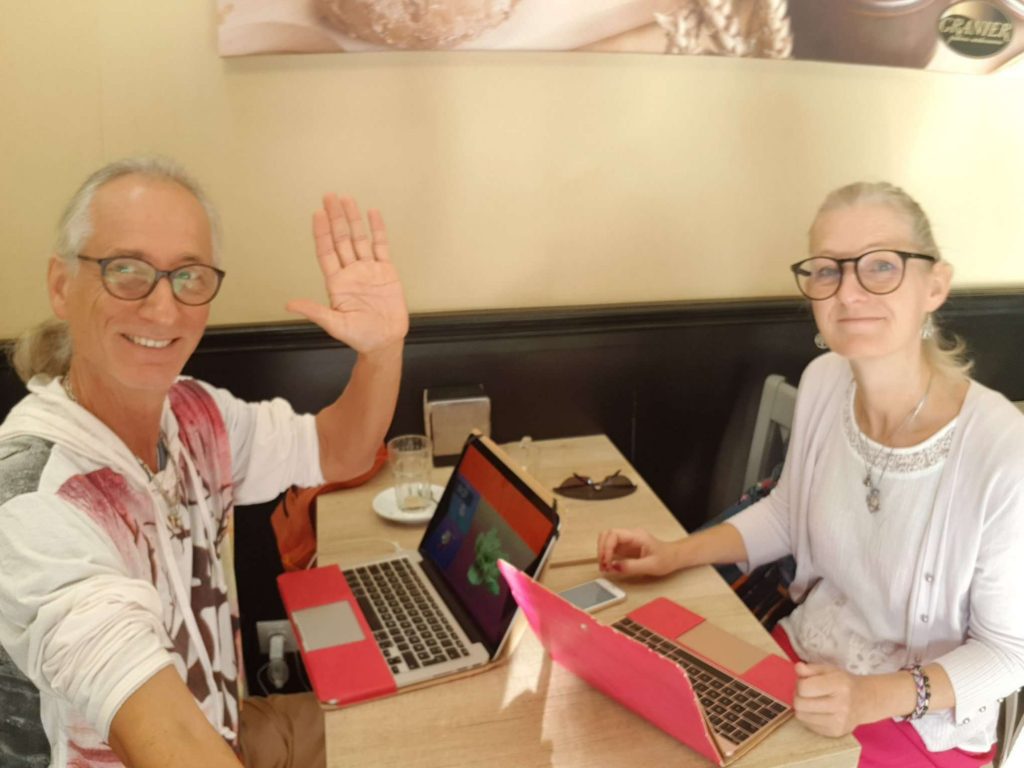 First, we emailed all those we have met during the Ayurveda Symposium. We drafted several emails to thank them for their interest in us and invited them to sign up for a trial subscription to Ananda.

We also kept on with the new project, for which we have engaged a Ukrainian programmer through UpWork to write a JavaScript for us. We’re in the final stages with that, and soon, we’ll be able to move on to the next stage: implementing payment gateways. Let’s hope that will go as smooth as the test-phase…

And in between work, we are making ourselves at home in the apartment. We bought a new washing machine and a new fridge. Both appliances in the apartment were approximately 30 years old. The washing machine looked in such bad state that we have never dared to try it out, and the fridge lacked a door on the little freezer compartment, thus being always terribly cold. Plus it was very dirty. The kind of dirt that has been resident for so long that it’s impossible to clean.

Alcampo, the mega-supermarket, was supposed to deliver the washing machine on Tuesday and the fridge on Friday. They had both Christophe’s and my telephone number. Nobody came and nobody called. Christophe went to the store late in the afternoon to ask what was going on. That was after he had tried calling them several times, to no avail.

In the store, they first said they couldn’t find the address. So Christophe showed them on his phone in google maps that it finds the address without fault. Then they said they had called us. But neither of us has had any calls, nor missed calls. So they were lying.

Anyway, they promised to deliver both the washing machine and the fridge on Friday. Christophe invested quite some time, and eventually got hold of the phone number of the delivery guy. From there on, it went smoothly, and Friday around noon, both appliances were delivered and the old ones taken away. 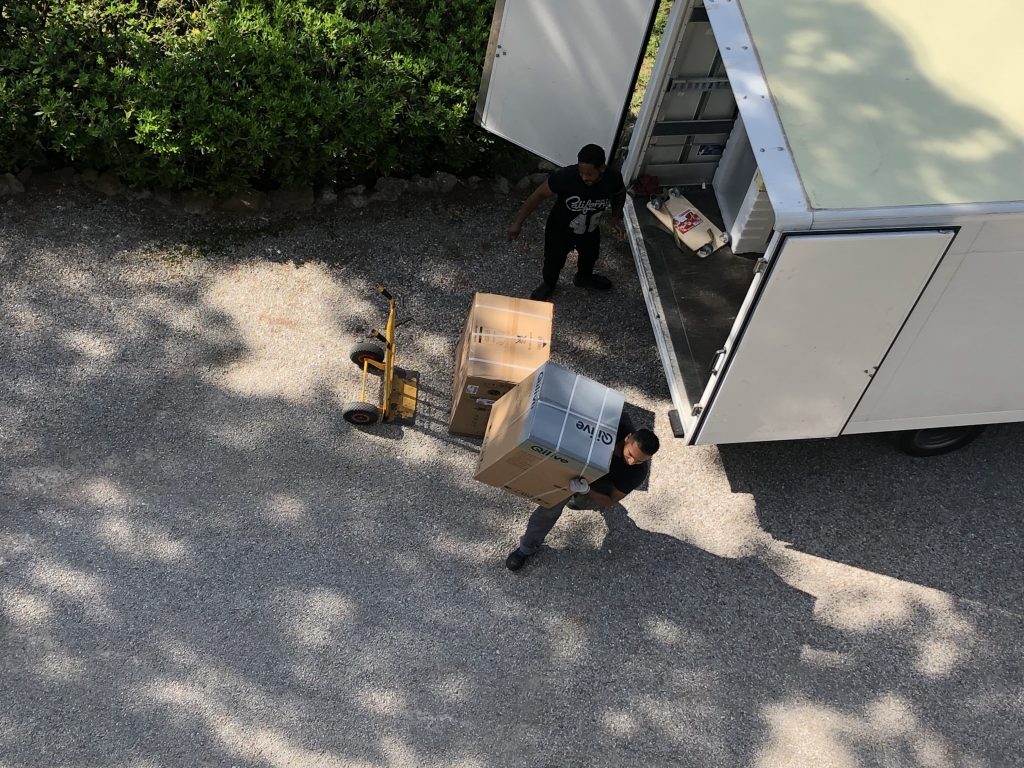 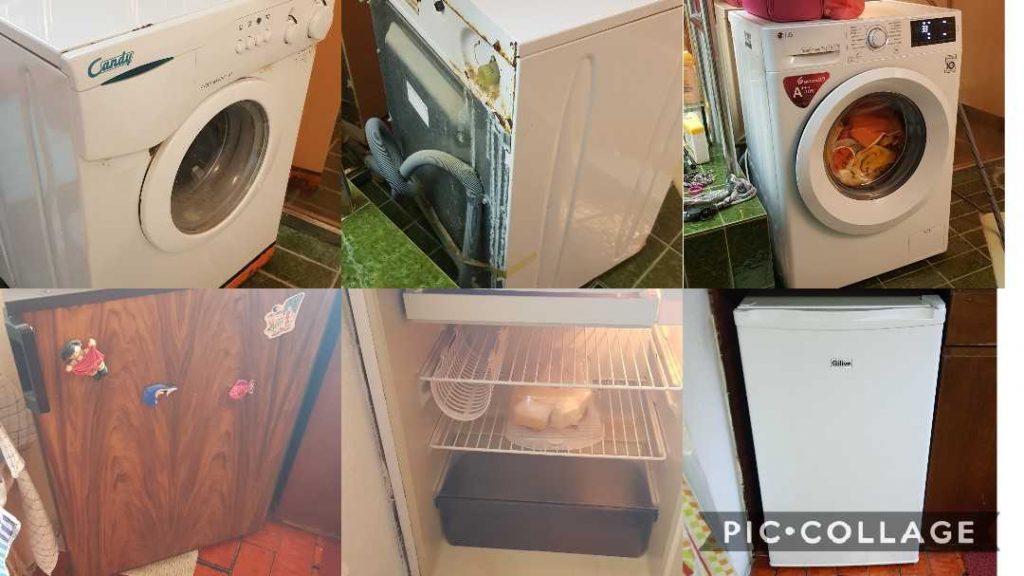 In conclusion, we can say that deliveries in Spain don’t work in the same way as in Germany or the Netherlands. But they work in the end, and that’s what counts. Yay!

Getting rid of stuff

The apartment is quite small. It’s about 60 square meters with a bathroom that is separated. Other than that, it’s one open area. And everything in it is old and/or dirty. We cannot dedicate all our time to “updating” the apartment, so we do it in small portions. Cleaning and going through every item that is here, asking ourselves “Do we want this to stay or go?”. And in case it’s a GO, can it serve someone else or is it for the trash bin?

So far, we’ve given away three big bags of clothes and have prepared 3 cardboard boxes of stuff, most of which from the kitchen. And then there were for example 30-some video tapes. And 4 phonebooks from 2007. Stuff like that goes to the trash. Fortunately, there are trash containers for paper, glass, organics, packagings (i.e. plastics, tin cans, etc.) and rest-waste at a stones throw from the apartment.

We’ve also put stuff next to the waste bins in hopes of people liking them and giving them a second life. Two old bikes for example. We don’t have the means here to fix them ourselves, but we hope someone who does has taken them before the garbage collectors came.

Little by little, the apartment is turning into a real “pied-a-terre”. As long as we have friendly neighbours who let us use their wifi, this is a perfect place for us. We can work when we need to, cook our own meals, and go swim in the Mediterranean when the mood hits us.
Sometimes it’s a bit noisy because the airport is very close and the approach lane is not far away. 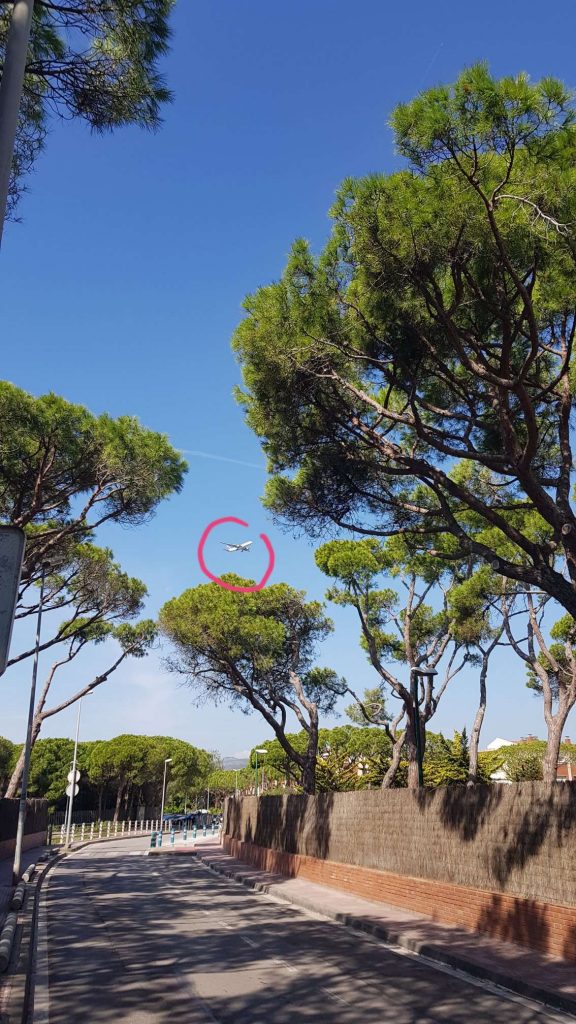 Warming up & cooling down in the Mediterranean

Like this morning. We slept in, got up at 8 and went for a workout. Christophe on inline skates and I on running shoes. 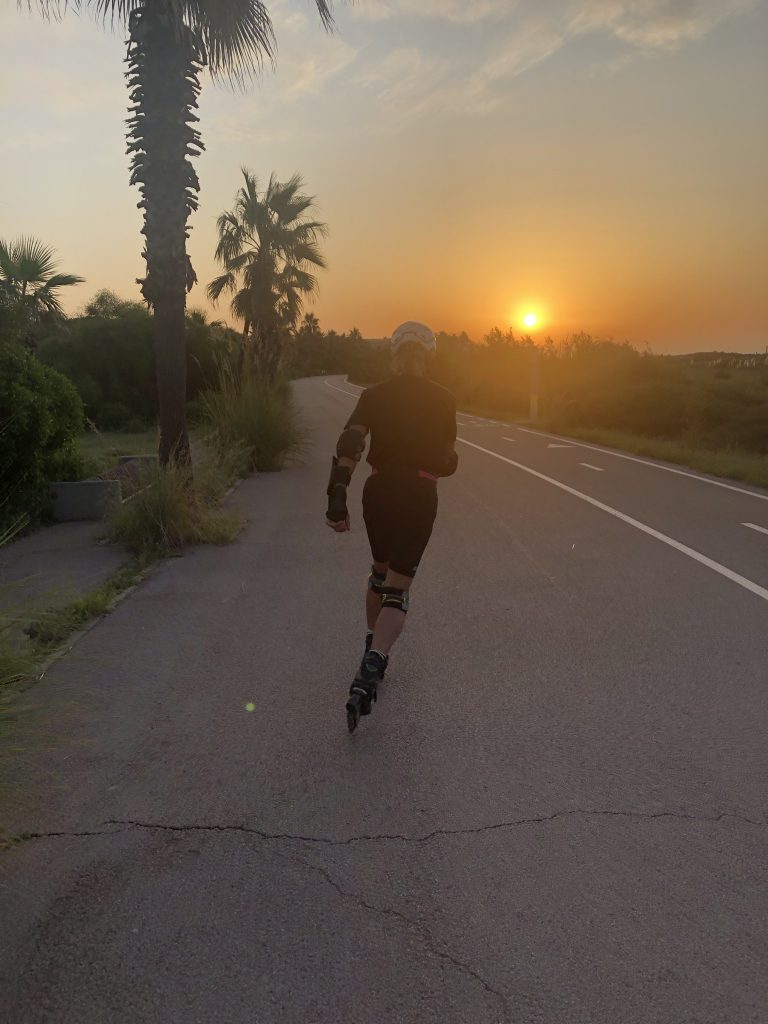 Christophe on inline skates at sunrise 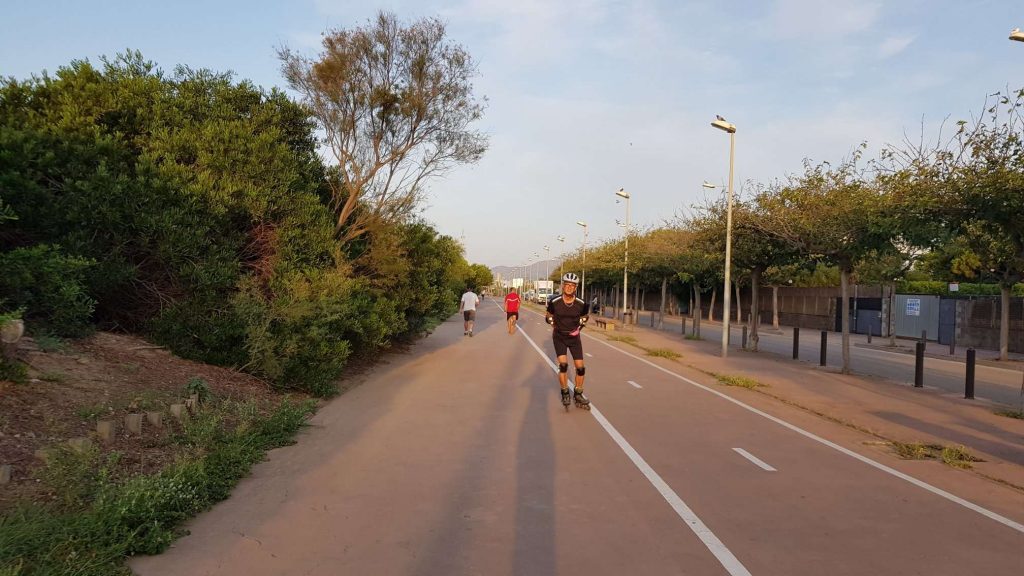 When we got back, we were both drenched in sweat and decided to forego yoga and go for a dive in the sea instead. For the sea has been very restless since yesterdays rain. Even Christophe has never seen such big waves as we’re having today. So even though the sky was grey, we plunged into the sea and played in the waves. And then we had breakfast and went to work. Not a bad life, is it? 🙂 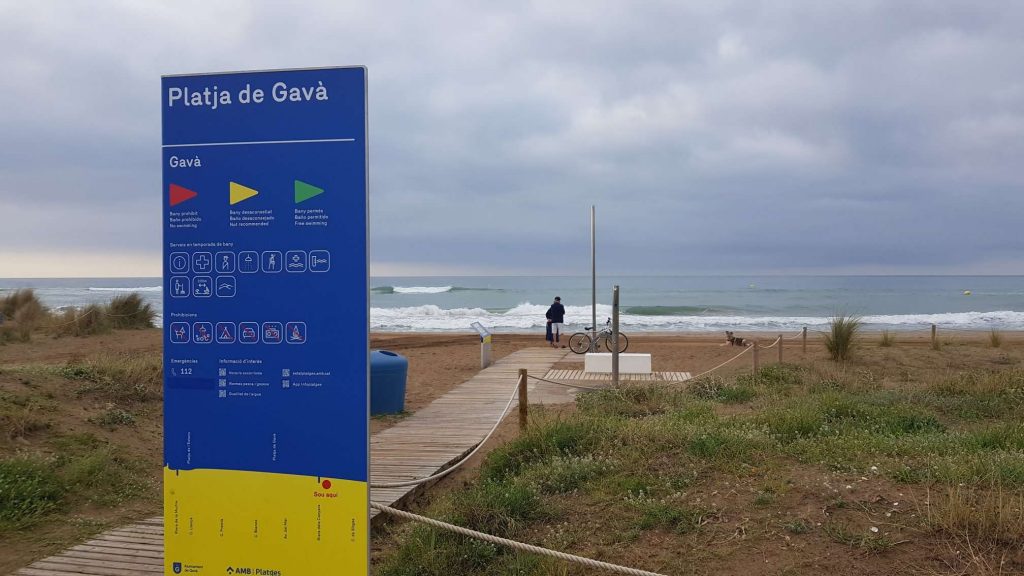 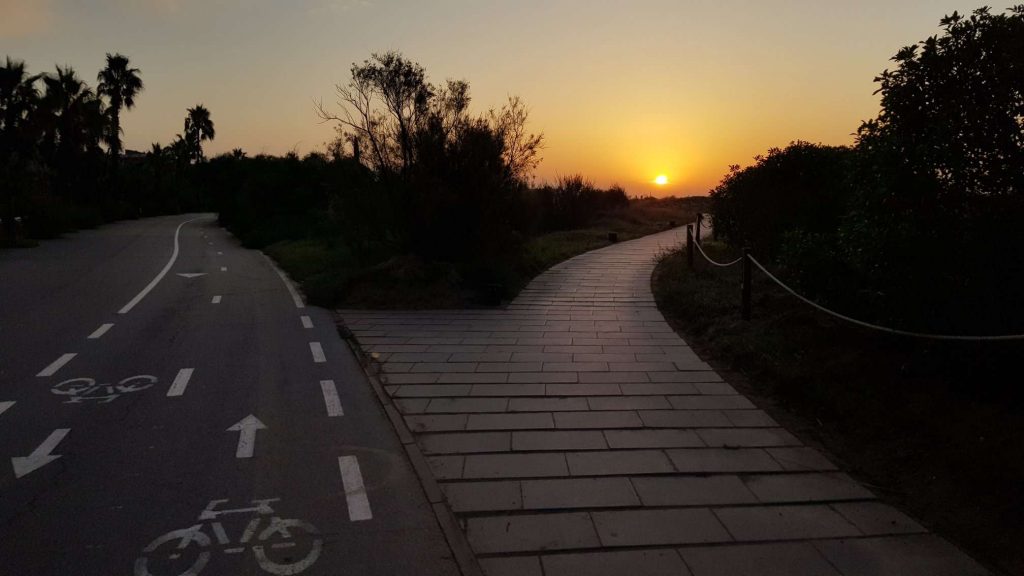 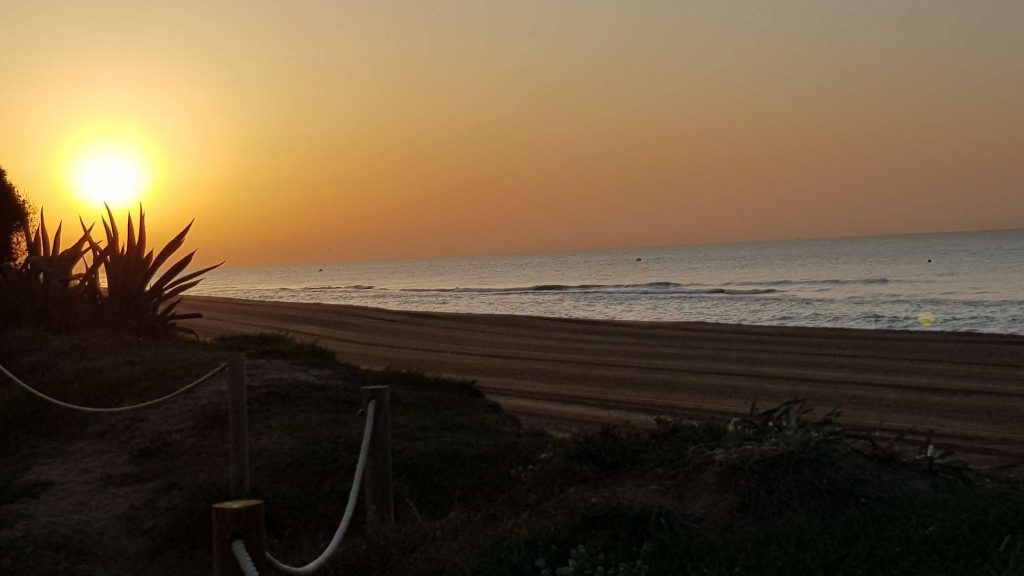