Summary of our stay in the Provence 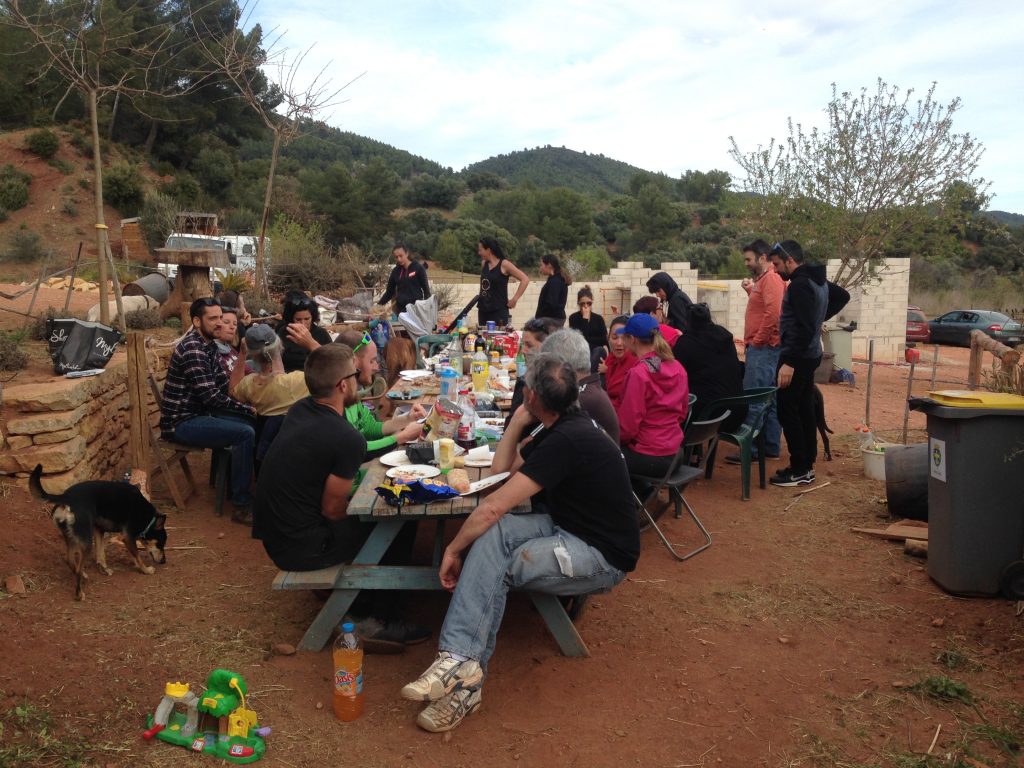 March 3: a good bye lunch at the stables. We’ll be back!

Our three months stay in the Provence is over. It was fabulous and we enjoyed every moment. We divided our time between work, play and whatever life threw at us.

The first weeks of the year we spent working on the inside of Ananda. We had contacted Atreya Smith, the writer of the Ayurvedic nutrition course I took in 2010. He was positive about Ananda, but agreed with us that it needed more professional input and fine tuning. He didn’t have the time to help us himself, but he got us in touch with Véronique Michely. She helped us perfecting the content and algorithm that is behind Ananda.

Once that was done, we decided the site needed a new look and feel. Ananda is built in WordPress, so that meant finding a new theme, and tuning that to our wishes. We settled on Divi and embarked on a new adventure. Getting the theme to properly display with the custom code Christophe wrote to connect to Ananda’s database, plus the plugins MemberPress and Polylang was no small feat. It took us a month to get everything to work as it should. It cost us blood, sweat and tears, but in the end, we were victorious. We published the new design yesterday, after working two days very digital nomad style from different cafés in Gava, Barcelona.

We went to see Vigie every single day. Feed her and clean out the droppings and, time permitting, training her. I gave up the ambition to ride her at the beginning of January and concentrated on the ground work exercises in stead. Wanting to ride her was just my ego talking, and I decided that helping her to understand the basics of being a horse in a human environment was much more important and rewarding. She became more relaxed and less stressed, which is a blessing for both her and everyone around her. Now it’s up to Sabine and Olivier to decide whether or not they want to continue training her like this.

Christophe made a sturdy rabbit house (amongst other things) from recuperated materials for Aurelie, the owner of the stables, in exchange for riding lessons. He made good progress, thanks to his talent and the excellent lessons he received. That’s going to serve him well in the future, for we want to do many more horse-related activities.

We rapidly made friends at the stables and there was quite a bit of interest in yoga. So Christophe put together a short course and during the last two months, we met once a week at Diane and Laurent’s place for a yoga and meditation session led by Christophe. More often than not, we stayed long after and had very interesting conversations with Diane, Laurent, Virginie, Romain, Romy, Jessica, Sophie and Aurelie.

Sabine had payed in advance for the agility classes that she takes with Zola, so we continued those. That was real fun. We had never done agility with any dog, but Zola excels at it. We quickly learned and had a lot of fun (and exercise) during the half hour (that more often than not turned into an hour) every other week. Zola lost her fear of the seesaw and got more muscled. That wasn’t due to the agility, but to the fact that she accompanied us on our daily trips to the stables. There, she ran free with all the other dogs for at least two but often many more hours.

Through it all played Christophe’s responsibility for his aunt Monique. She fell ill in January and rapidly started “loosing her head”, so he was forced to take action, for she could no longer stay in her own apartment. He found her a lovely “maison de retraite”. He had to travel to Paris twice to make arrangements and to actually move her to her new home. Two days after moving there, she was back in hospital with pneumonia and heart failure. For some time, it looked like she wasn’t going to survive, but yesterday, the hospital decided that she is well enough to return home, so tomorrow, she’ll go back to her new home. We hope she will have recuperated enough to be able to enjoy whatever time she has left.

All that didn’t leave us much time for a lot of site seeing, so we didn’t. That is, not a lot. But a little, we managed. We visited Toulon, which didn’t please us. So we drove one day to Sanary-sur-Mer, Le Castellet and Cassis, which did please us. We also visited Saint Tropez and Bormes les Mimosas on an afternoon and made a one-day trip into les Gorges du Verdon. What nature has created there is amazing.

Since most of the people at the stables had become friends, we wanted to say good bye in some official way. We proposed to Aurelie to have lunch at the stables on our last Sunday. She immediately agreed, and so we had a little party with approximately 30 people on the third of March. The weather was exceptionally warm and sunny and we are very grateful for the opportunity to say good bye to all who have become dear to us. It was a lovely afternoon with lots of laughter and good food.

We left last Friday (4 days ago) and visited the Camargue, Aigues Morte and Sommières, where I spent the first 4 months of my life. Late afternoon on Saturday, we arrived at the apartment of Monique (Christophe’s aunt) in Gava, a suburb of Barcelona. We finished the redesign of Ananda, working from 4 different locations to have wifi access.

Yesterday afternoon, at 16:45h, we finished the redesign. And now, we are on our way to Tenerife to spend 9 days with Nathalie, Christophe’s mum. Finally, we are on holiday.

Most people think we are perpetually on holiday, because we have no fixed address and travel all the time, but that is a misperception. Yes it’s true that we travel all the time and that we enjoy an exceptional and amazing life. But we do work. Almost every day actually. Until Ananda runs itself, we continue to work on it. But not the next 2 weeks. We’re on holiday now. Yeah! 🙂