Wednesday, we drove from Barcelona to Durfort-Lacapelette mostly through the rain. We paid a very quick visit to Montserrat, but didn’t go in there, because of the cloudy weather. We didn’t feel it was worth the time and money to explore in such depressing weather.

So we drove on. Even left Andorra for another time, because by then, the rain was really pouring down. We passed several places where the road was inundated, and one where a part of it had been taken by the water. When we had well and good passed Toulouse, it finally stopped raining.

We arrived at Sabrine and Thorsten’s place at the end of the afternoon. Sabrine opened the gates for us and welcomed us to their place. She showed us the gîte that was to be ours for the duration of our stay, and left us to the business of unpacking and settling in, with the promise of drinks an hour or so later, when Thorsten would be back from work as well.

After bringing the necessary luggage to the gîte and having a good look around, we went down to the main house. We were introduced to Thorsten and sat down for drinks and conversation. Time flew by and we moved indoor for a simple yet delicious dinner of fresh baked bread with an assortment of french cheeses and wine. It felt more like an evening with old friends than new acquaintances, and we went to bed feeling very happy and privileged. 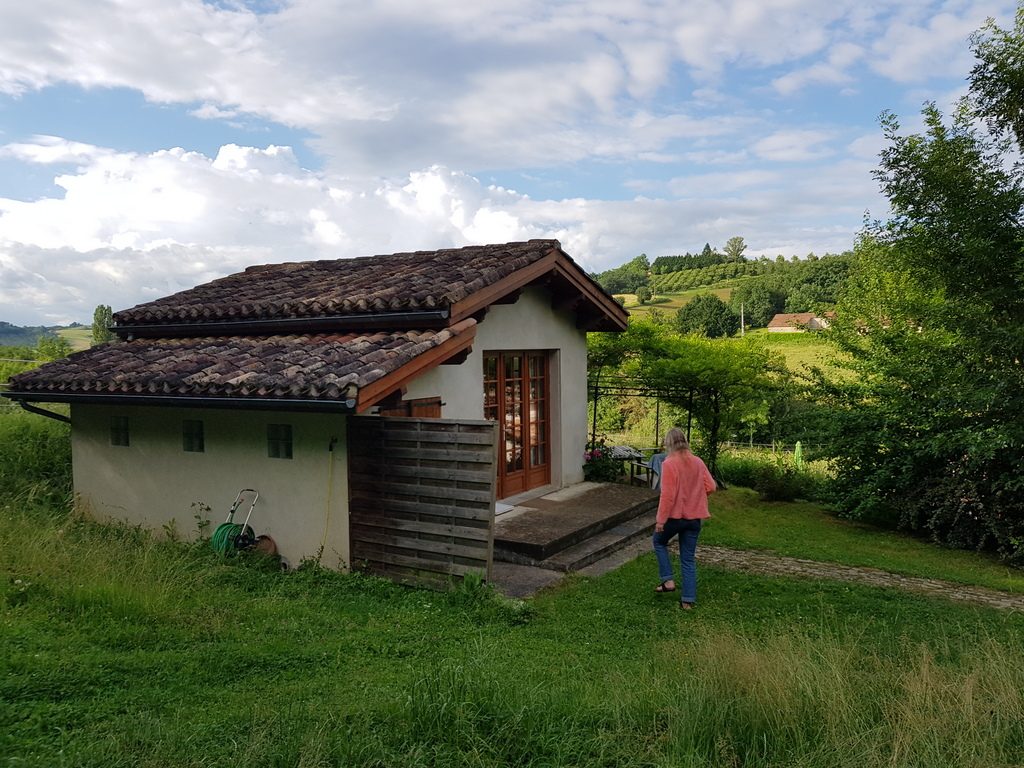 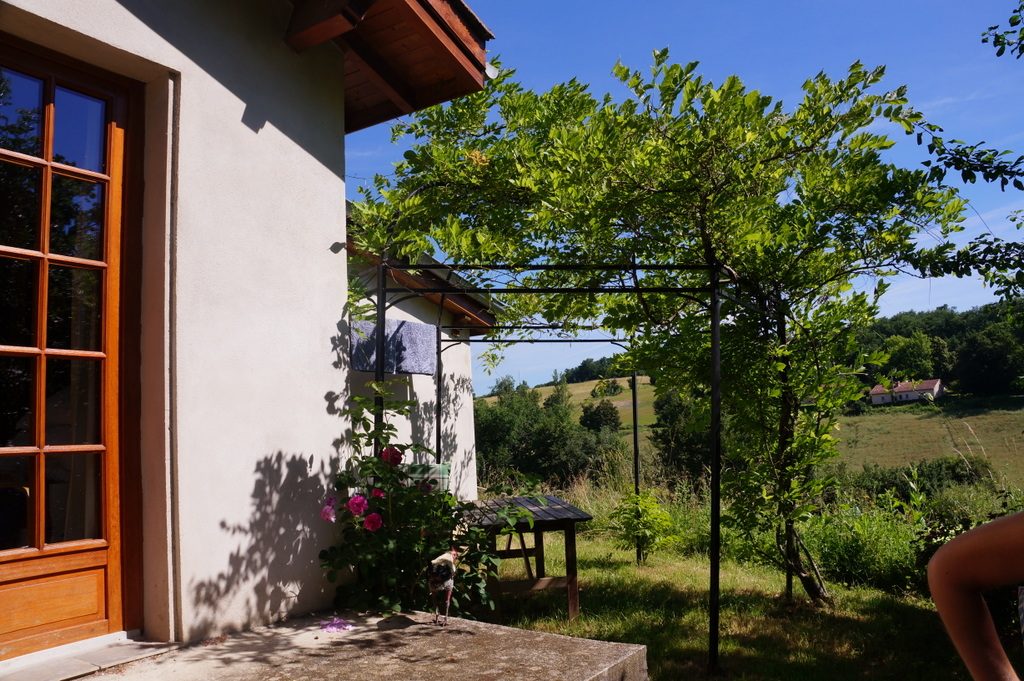 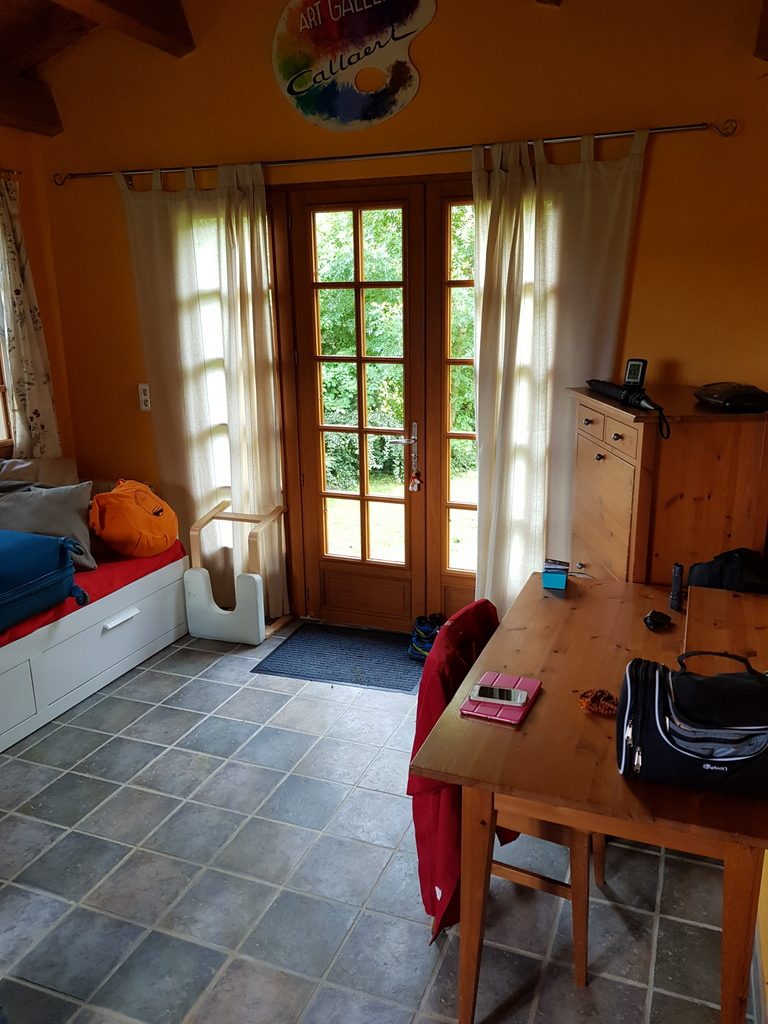 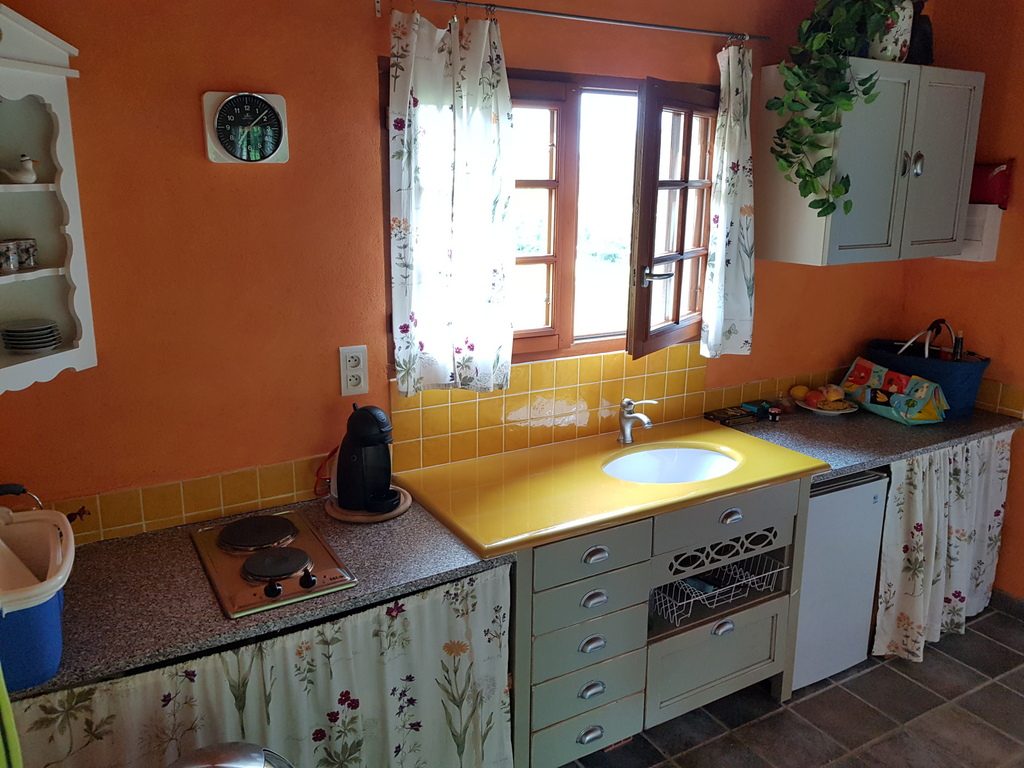 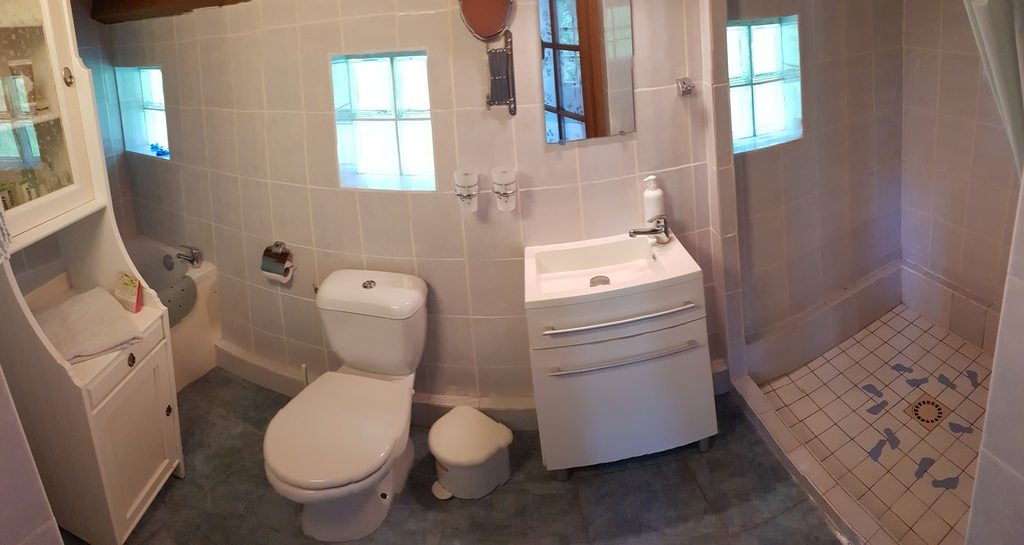 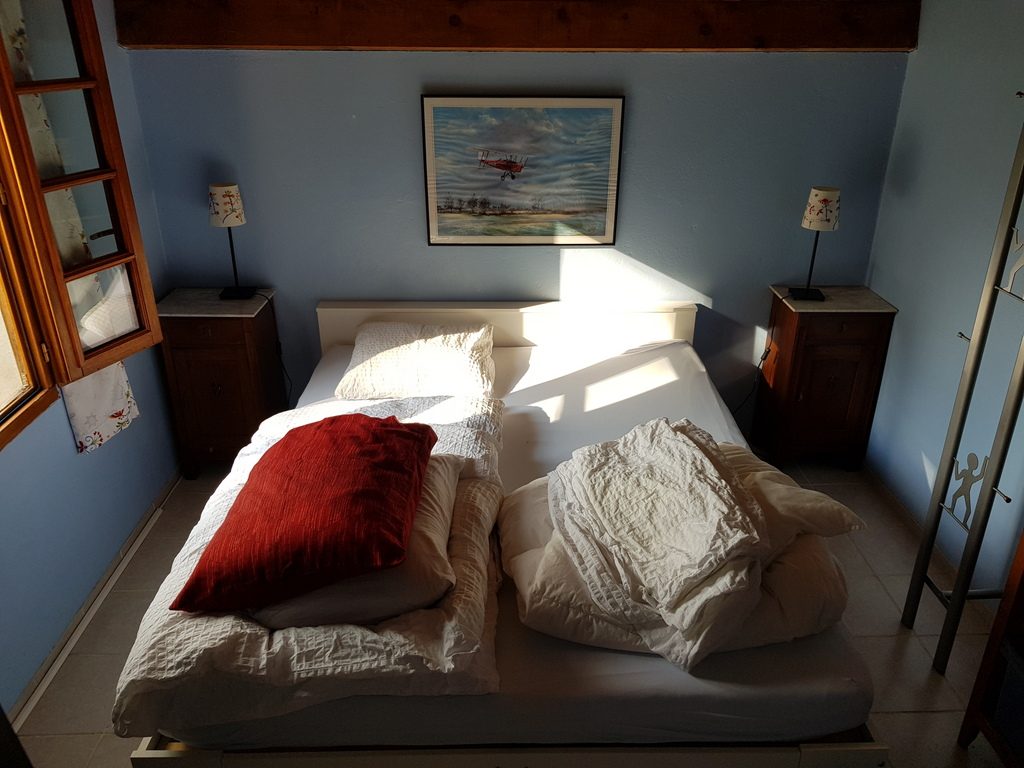 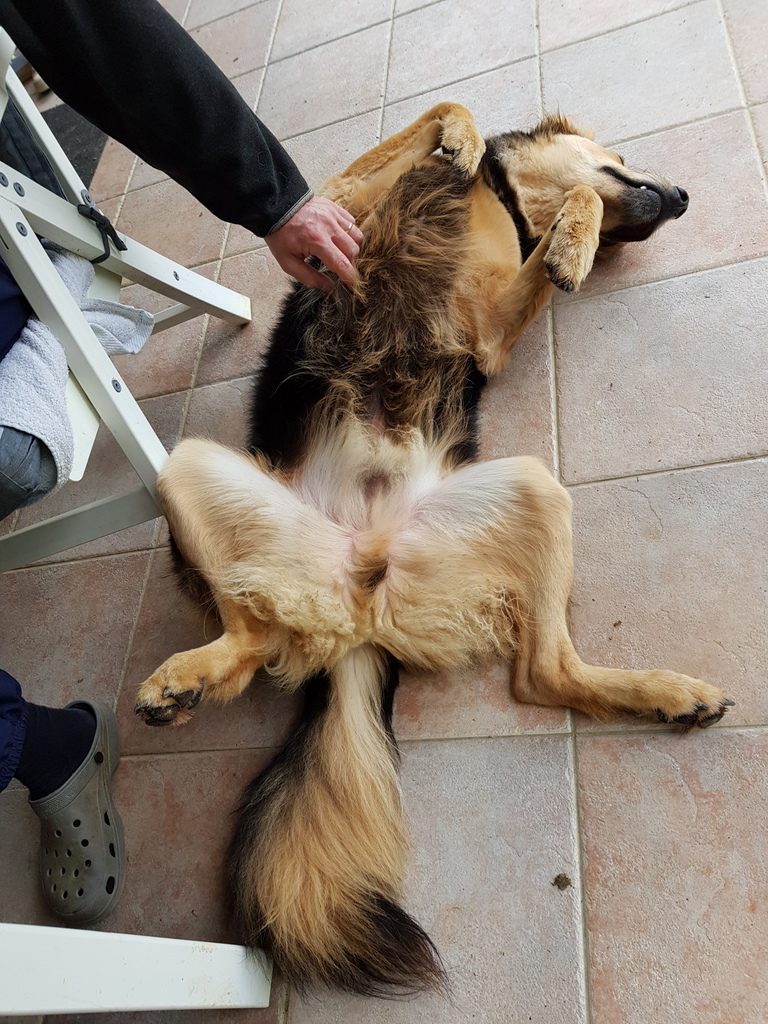 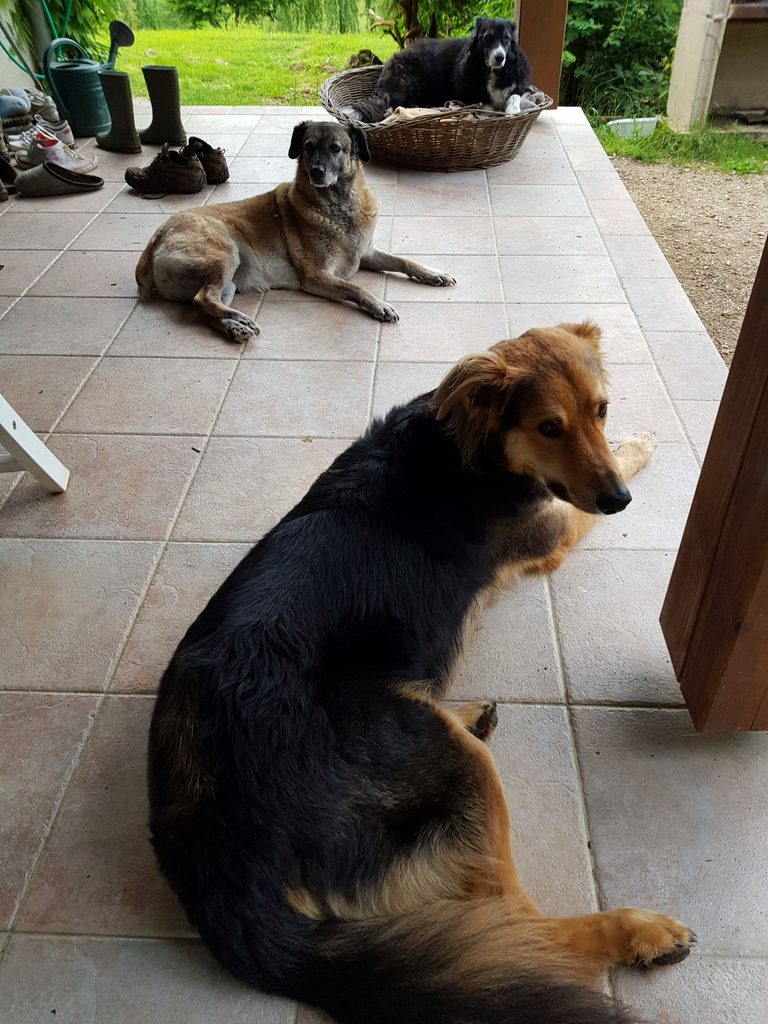 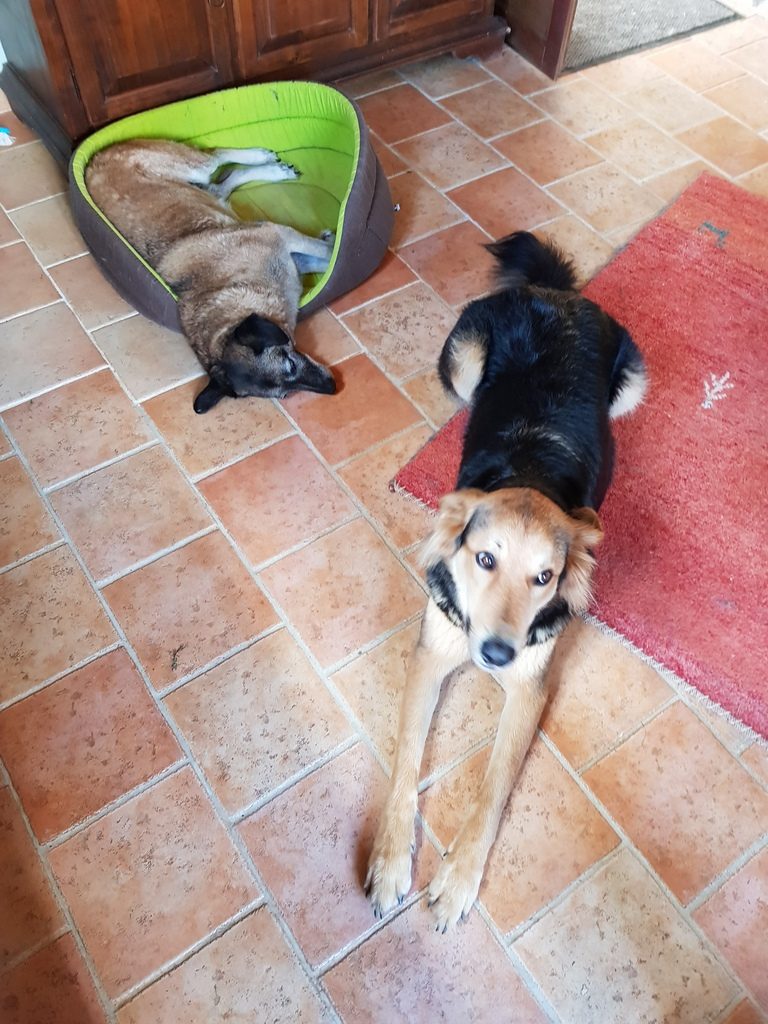 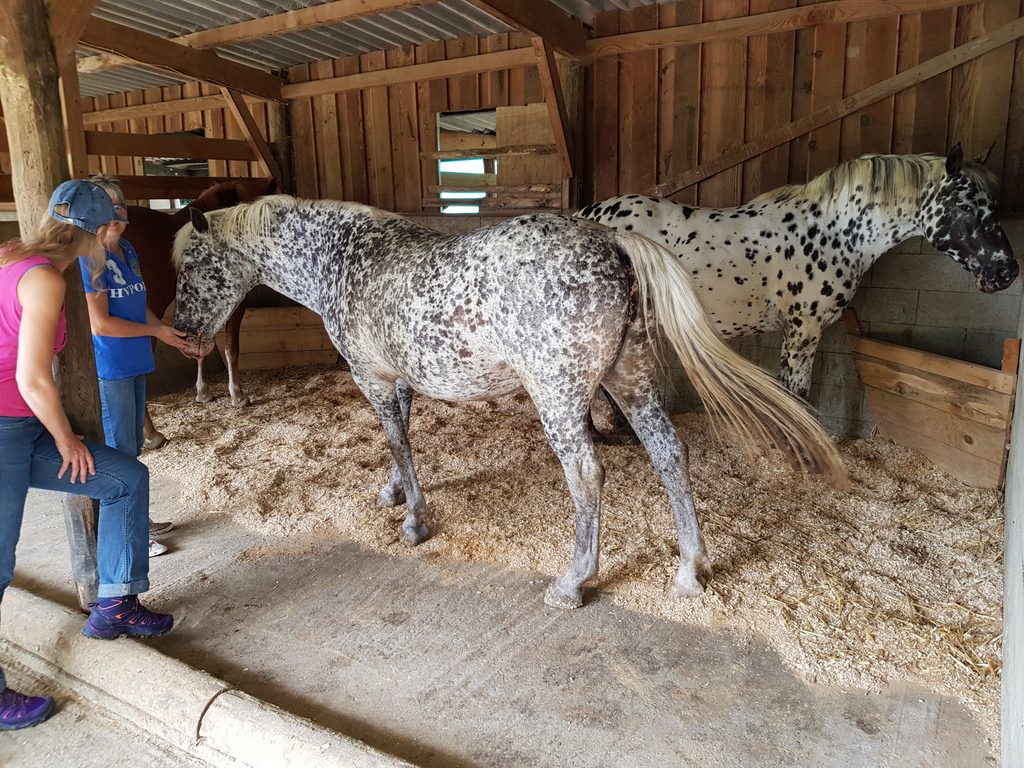 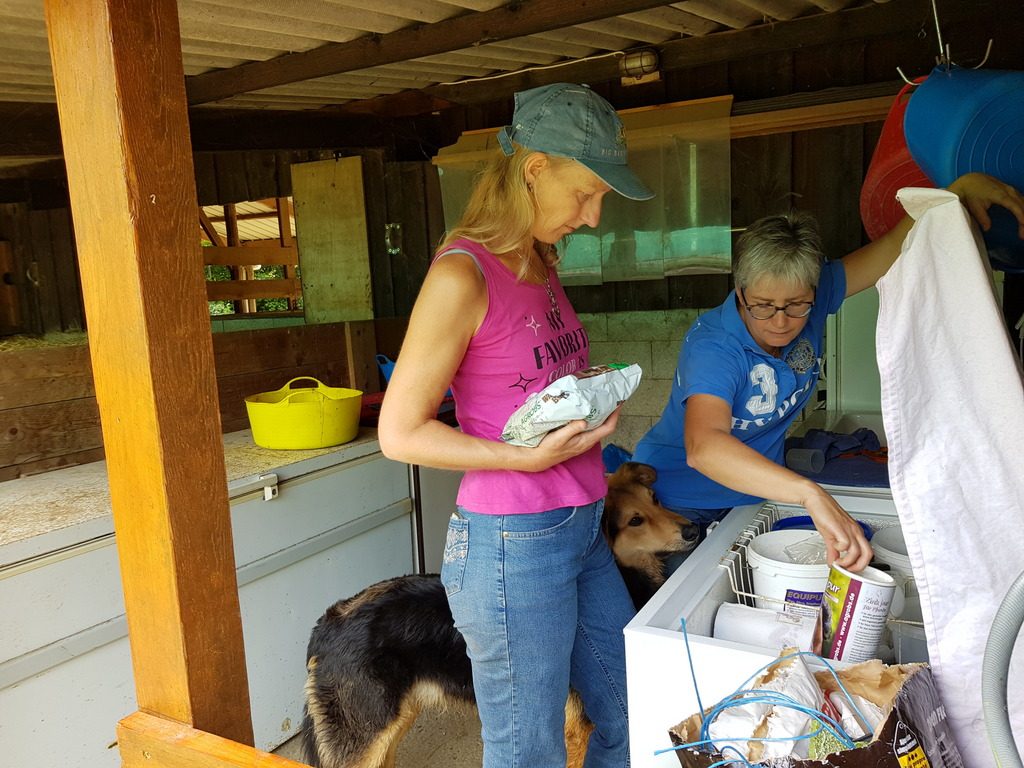 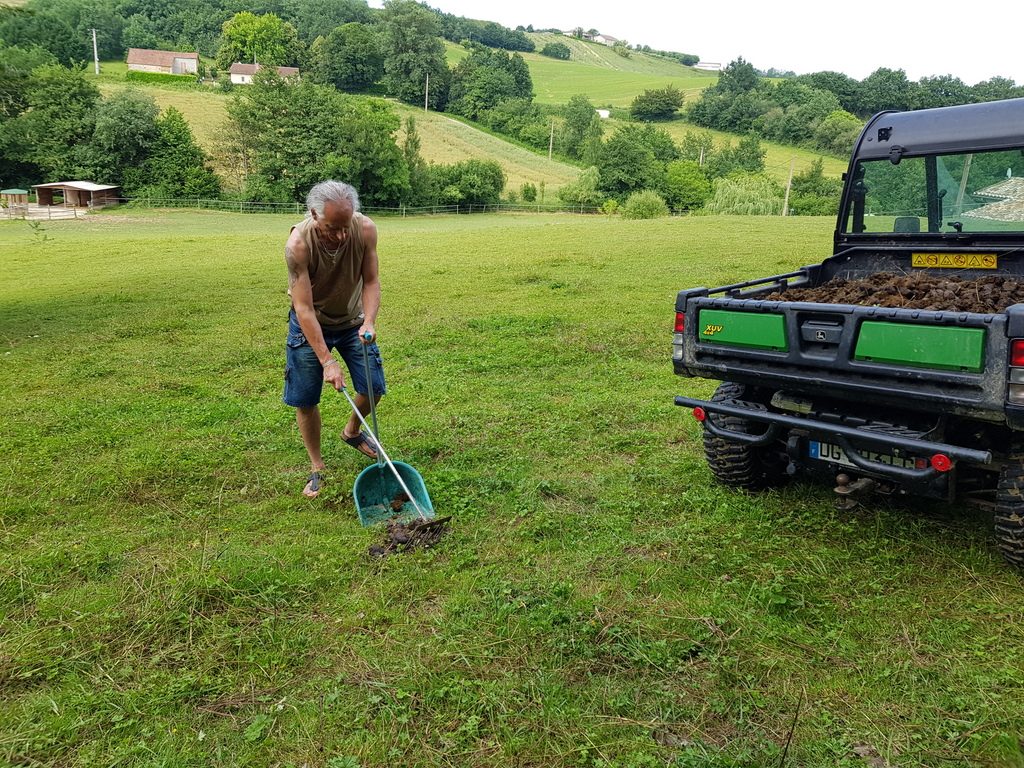 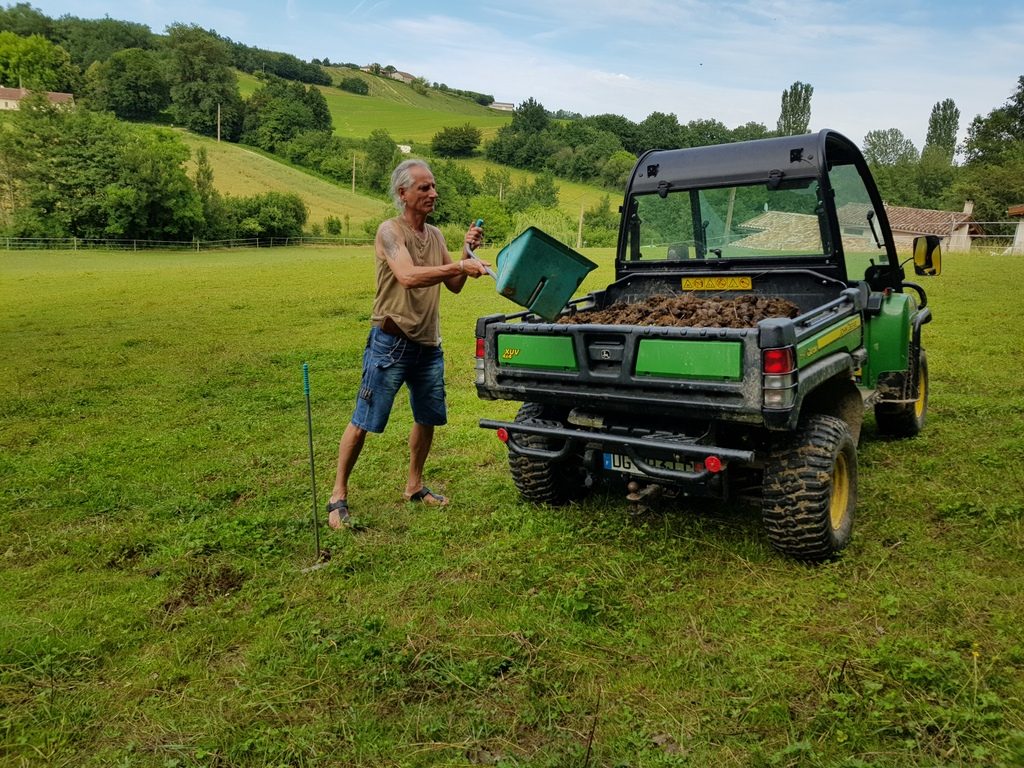 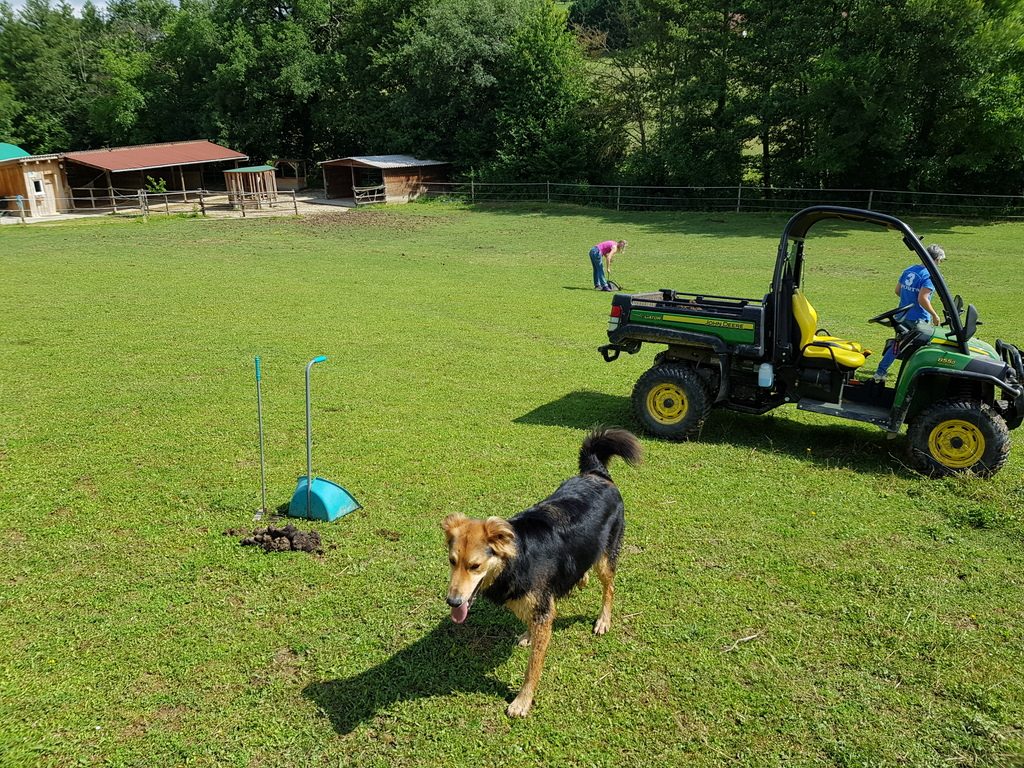 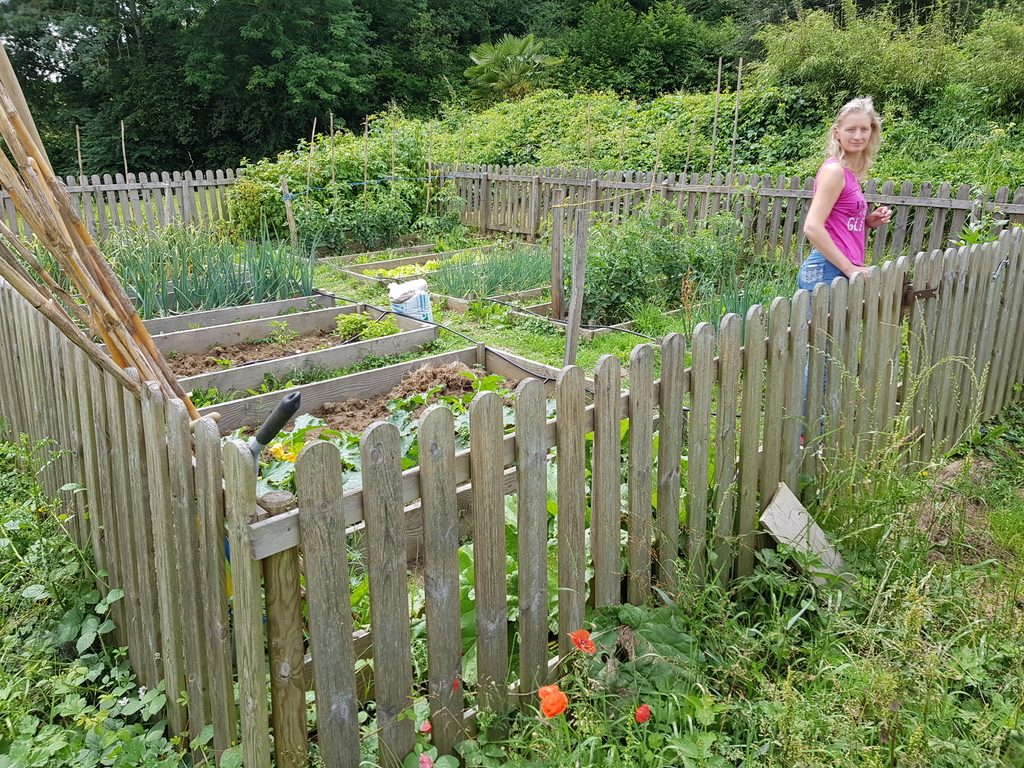 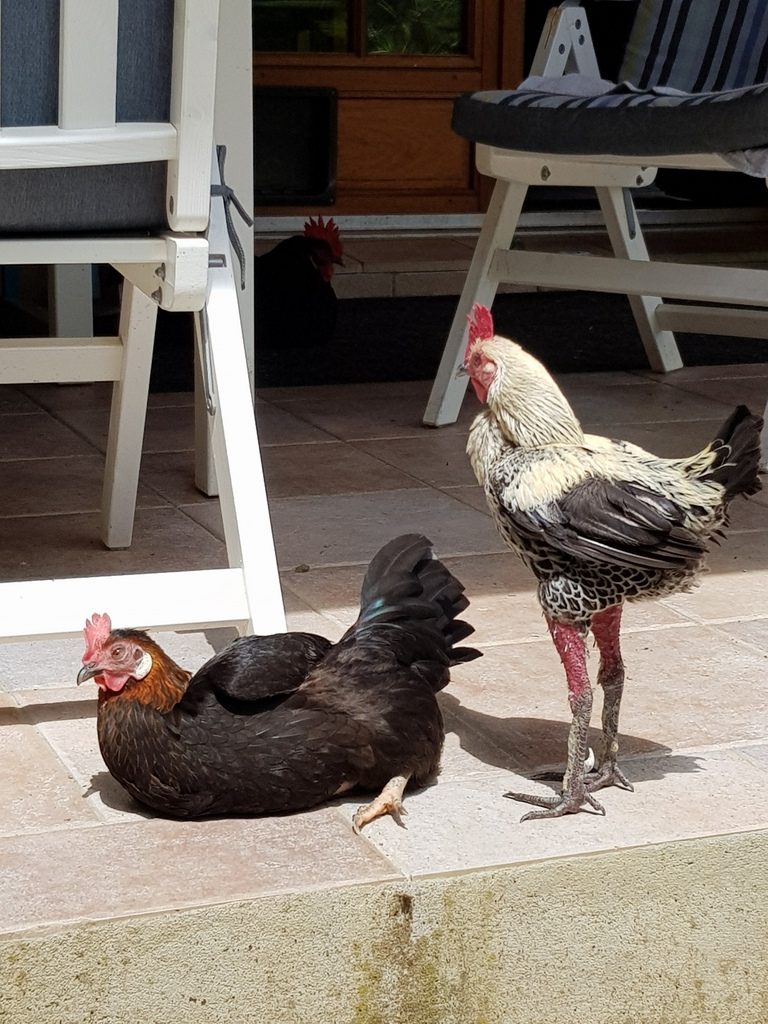 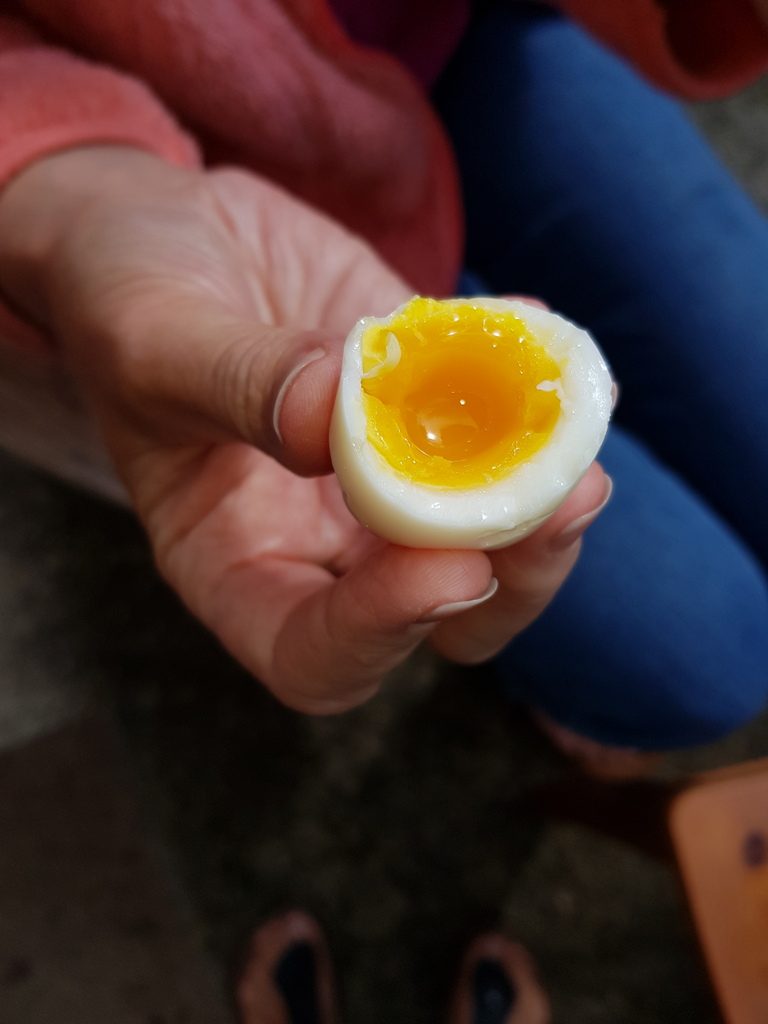 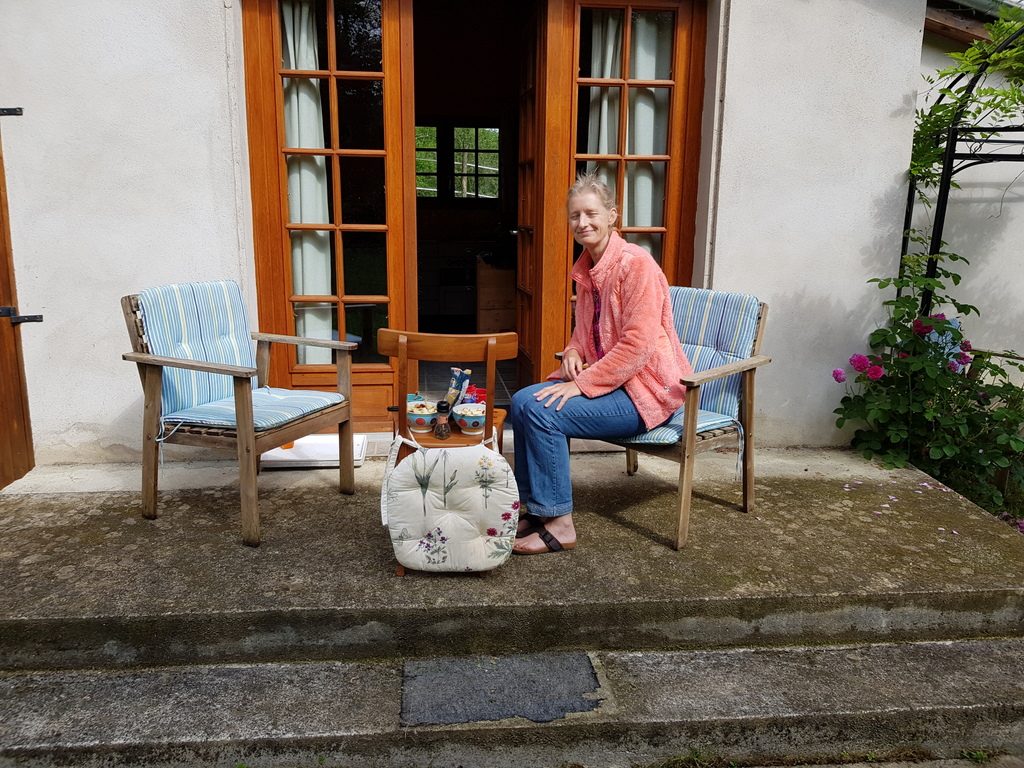 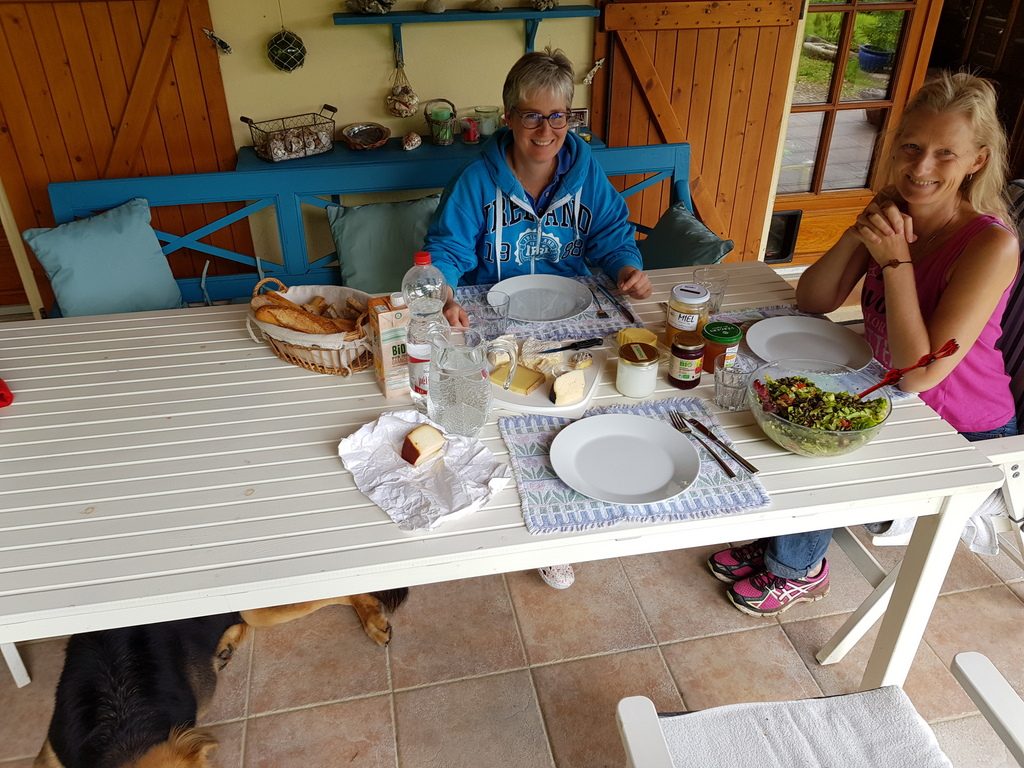 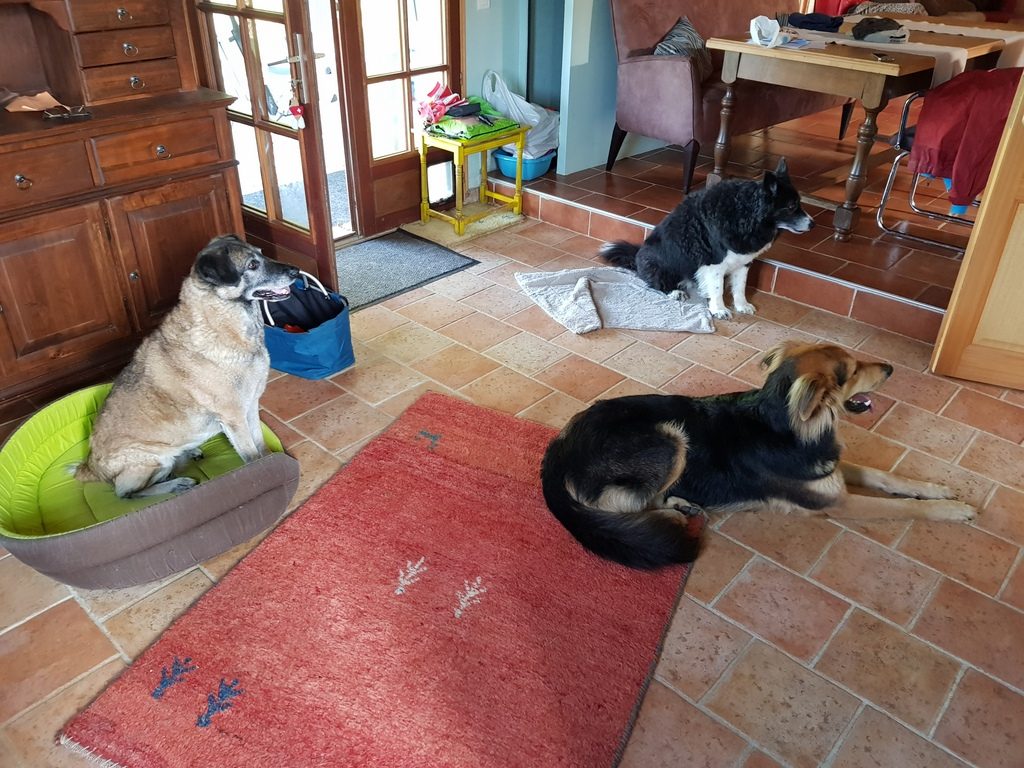 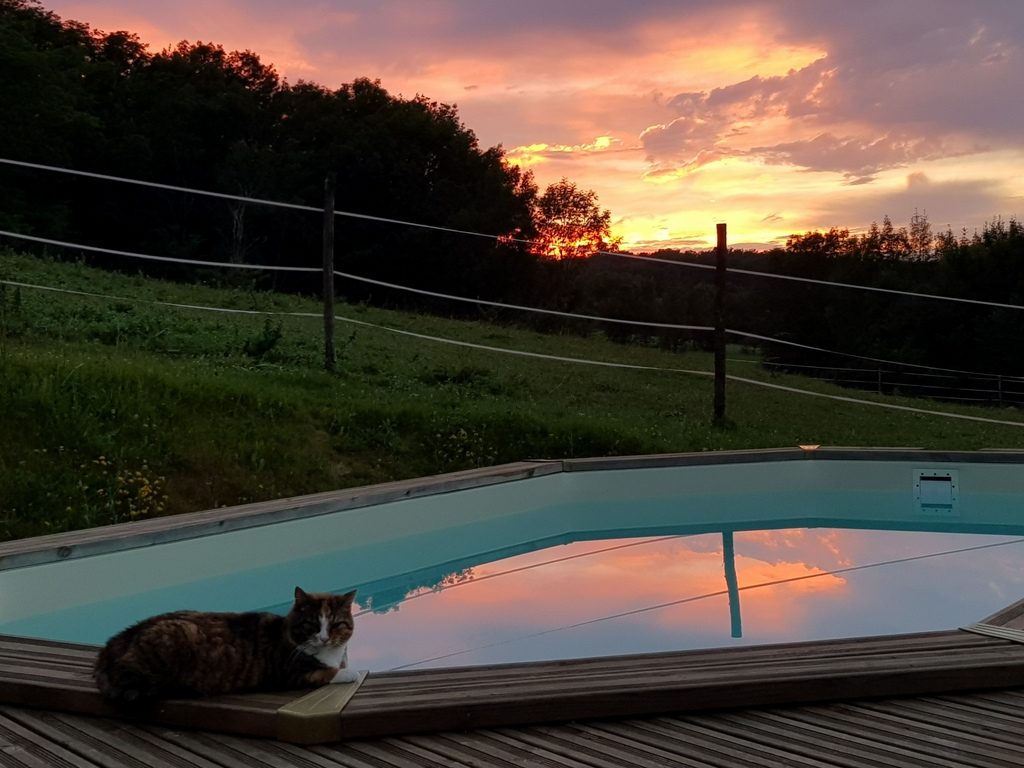 The next 3 days were spent in part with Sabrine, cooking, eating, doing yoga, cleaning horse droppings and always talking. Thorsten joined us again the second evening but unfortunately had to leave to go to Kuala Lumpur after that.

Exploring the surroundings of Durfort-Lacapelette

We also went out just the two of us to explore the surroundings. We visited Moissac, Lauzerte, Montcuq, and other villages, and spent two hours at a small lake, swimming, sunning and playing speedminton.

Things that can happen while you meditate

It was a parade of small yet delightful details. Yesterdays meditation for example. After a yoga session with Sabrine, we settled down on the decking behind the house for a meditation in silence. That is relative, because we were surrounded by birds and frogs, concerting around us.

Some minutes into the meditation, Brisgo, Thorsten and Sabrine’s youngest and most boisteous dog, came over to say good morning. We both received a smooch in our face, and then he left as swift as he had come, to join Sabrine and the horses. He left us smiling broadly.

A couple of minutes later, I felt something ticklish on the left side of my face. Without opening my eyes, I gently brushed it away. Or so I thought. But a few moments later, I felt movement on my left shoulder. Curious, I opened my eyes to find a 10 cm long locust there. I made a noise to alert Christophe, who ordered me not to move while he took pictures with his smartphone. When he got very close, the locust had enough and flew away. 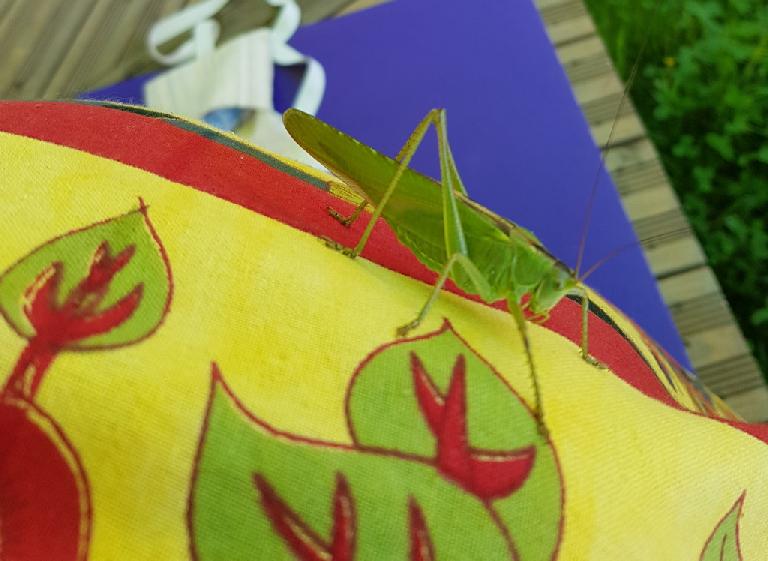 All in all, we had an amazing time. The best part was Sabrine and Thorsten’s hospitality. They have created an almost magical place for themselves and their animals (currently 7 horses, 3 dogs, 5 cats and 8 chickens). We are very fortunate that they invited us and generously hosted us these 3 days. It was meant to get to know each other to see if we can be their house sitters in the future. We mutually passed the test, and we look forward to spending more time there, and taking care of all their animals, plus their house and garden. 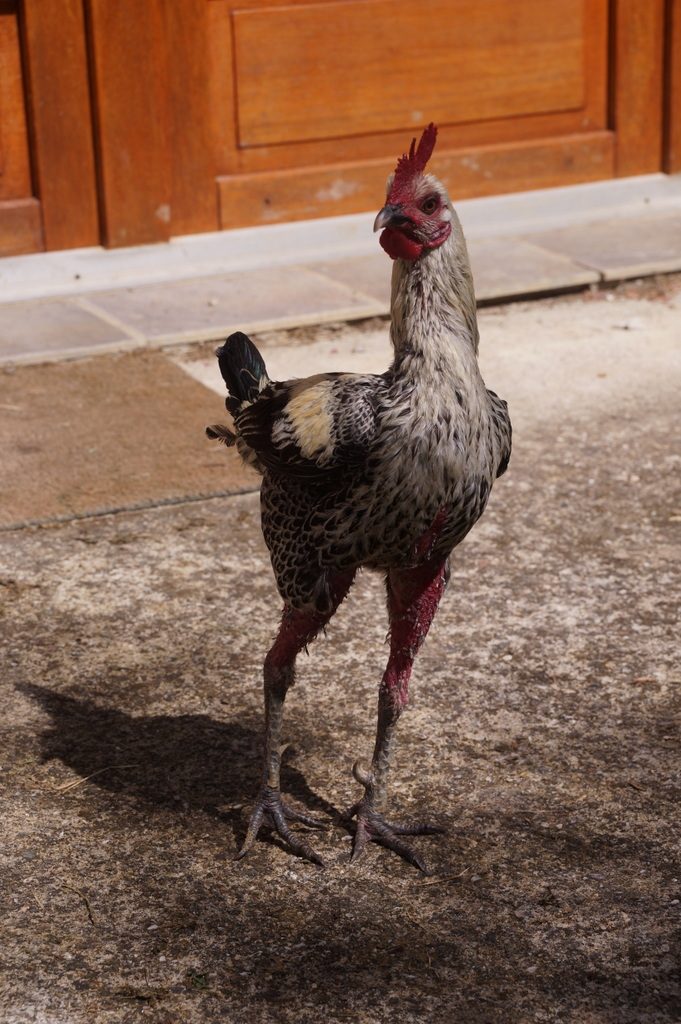 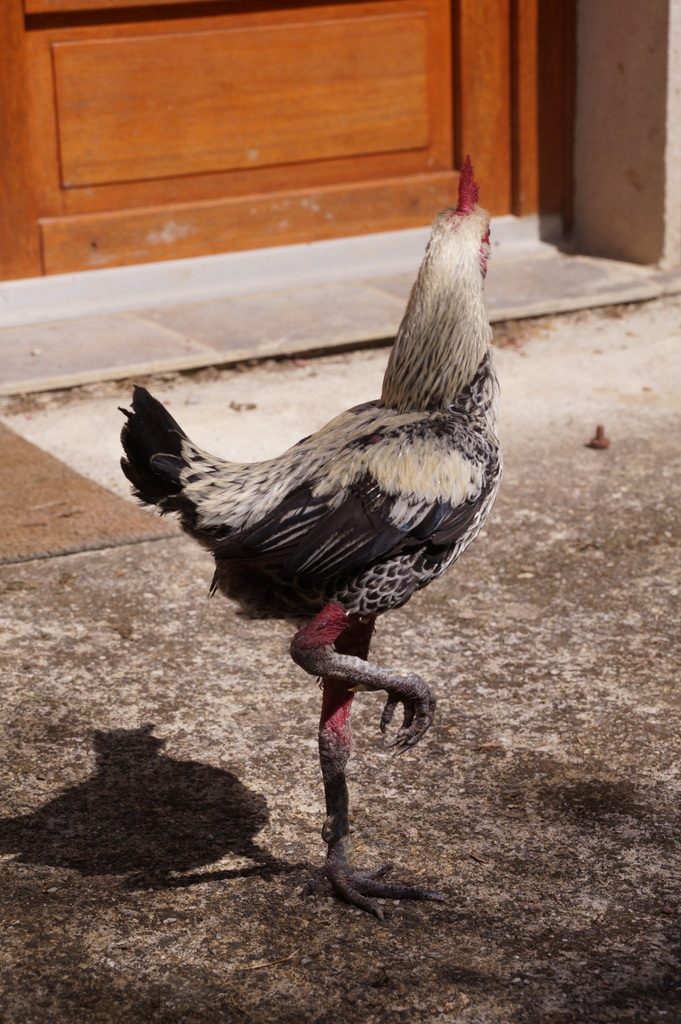 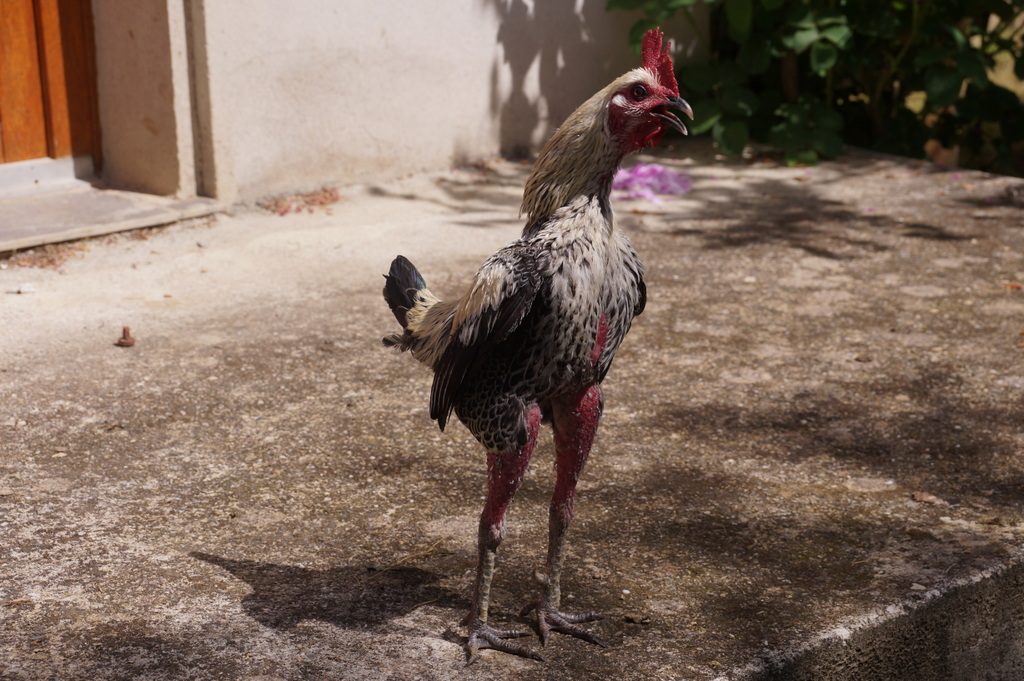 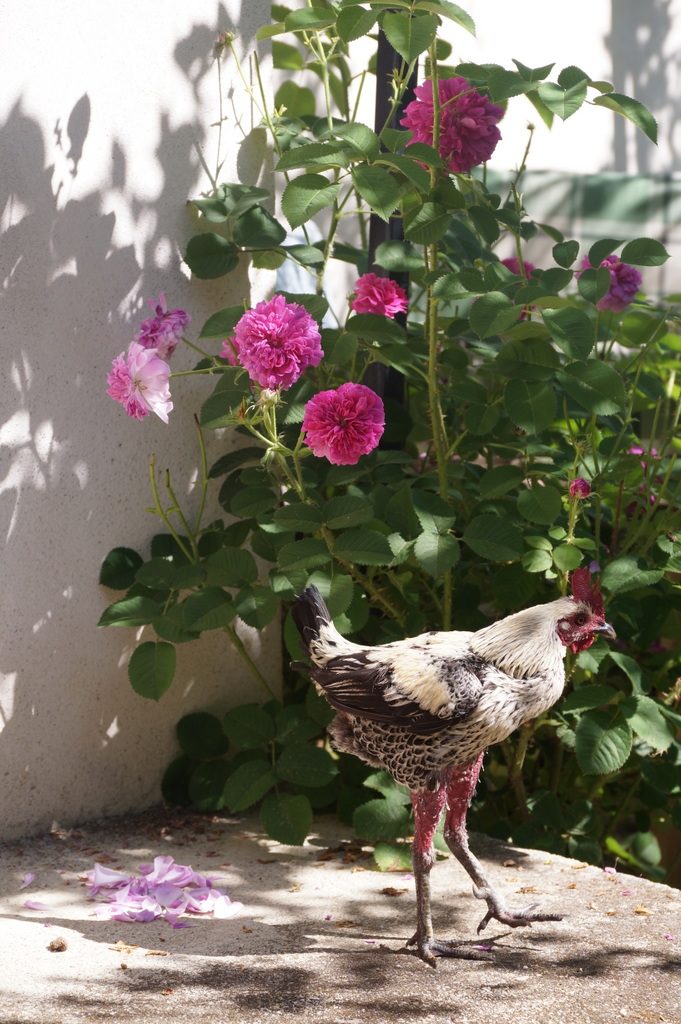 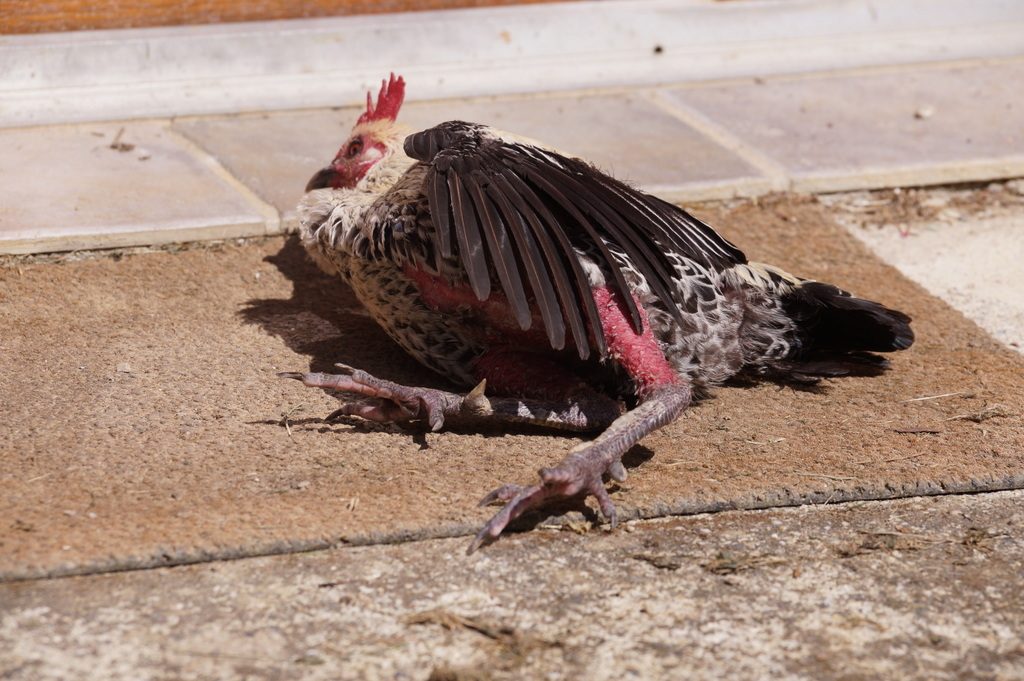