We’ve been very busy this last month, but not with things that are interesting enough to write about them here frequently. We participated in the March for the Climate on December 8 in Toulon and we visited Greifenberg for 4 days around Christmas. All the rest of the time, we were either at home or at the stables. That doesn’t sound very exciting, but we love it! 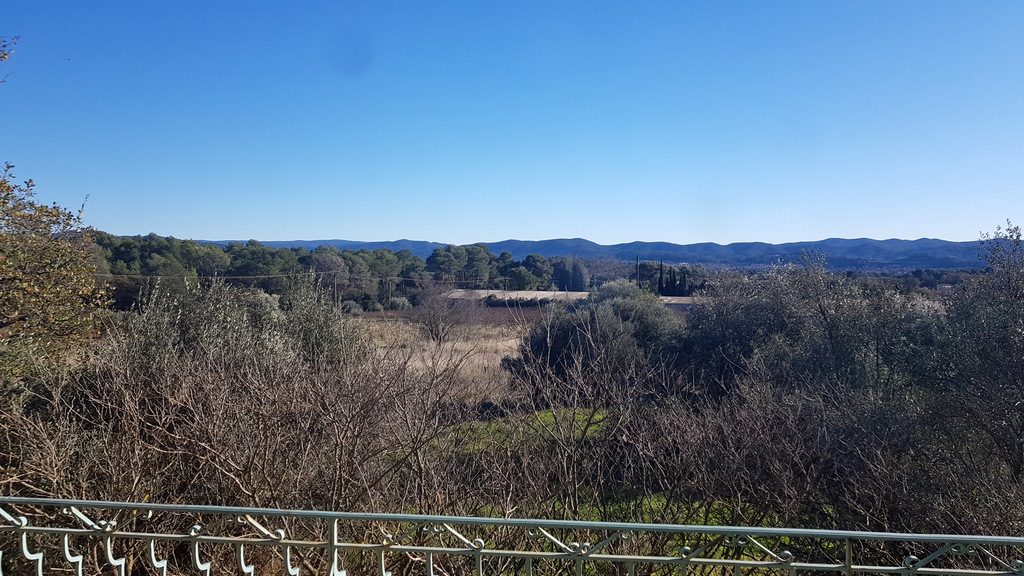 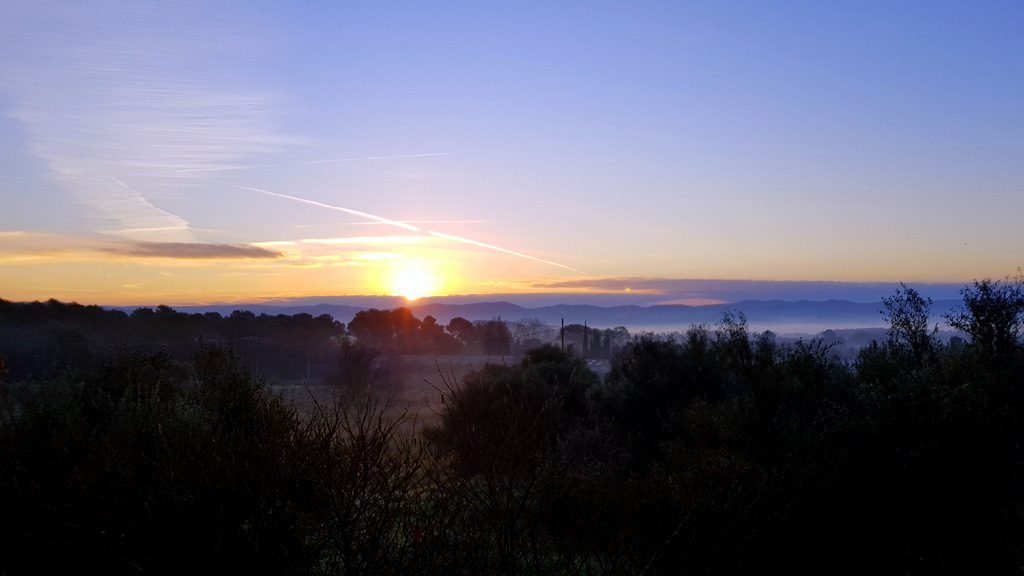 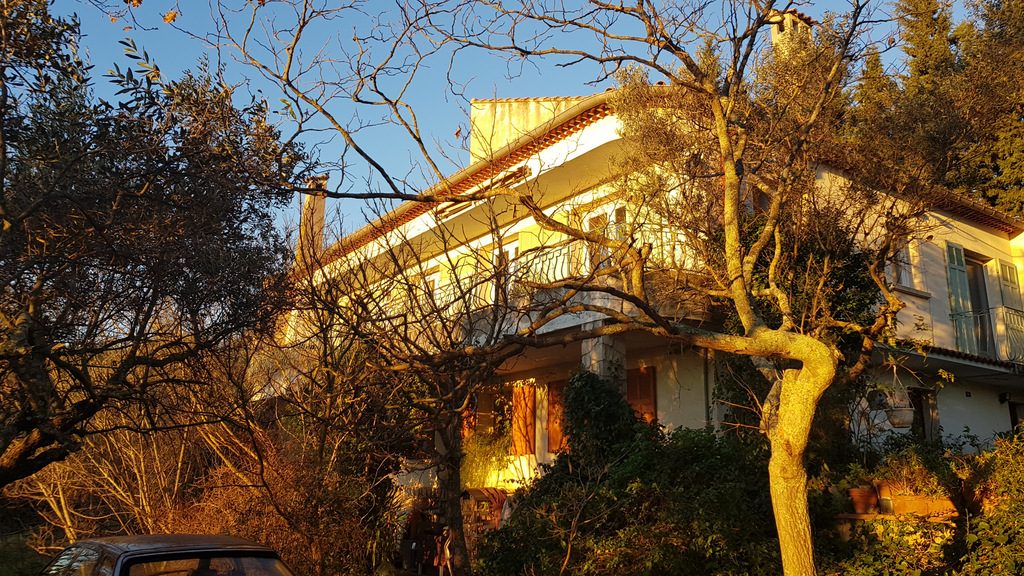 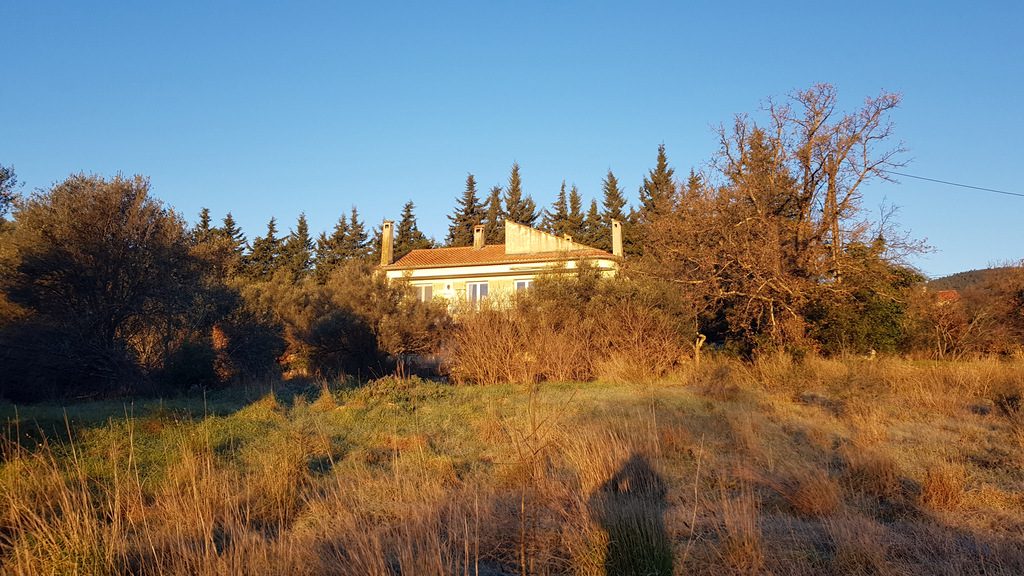 Usually, we work in the mornings. Ananda is up and running, but there’s always room for improvement, so it’s a continuing story. And we’re still figuring out the best approach to market the project to the target audience. Also, we decided to start a second project. A small sister for Ananda. We’ll tell you all about that once we have something to show you 🙂

March for the Climate

On December 8, there was a March for the Climate in Toulon in which we participated. There were about 400 people. It was nice to let our voices be heard, but unfortunately there weren’t many people to hear them. Most of the march took place in the city center of Toulon, which was almost deserted. I don’t know if this is the usual situation on Saturday afternoons, but it was weird. Nevertheless, we enjoyed participating. The atmosphere was good, we saw a bit of Toulon and the sun shone. We realise that participating in a march isn’t going to solve the world’s problems, but it has more chance of having an effect than just sitting on your butt in front of the television. 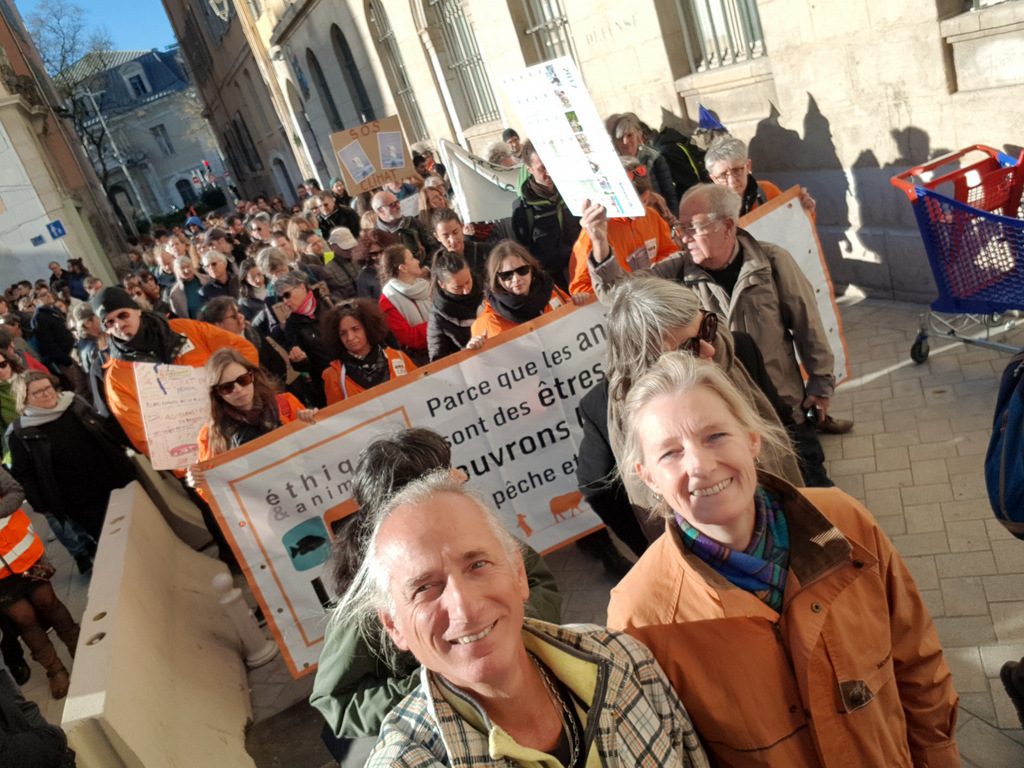 We drove to Bavaria in the night of 22/23 December, and were back on the morning of the 27th. It was lovely to spend a couple of days with Christophe’s family. Even his brother Jeremie was there, with his two children. It was a really full house. Lot’s of laughter, good food, music making, etc. Lots of action with so many people. So once more: it was fun while it lasted, but good to be back together again too. 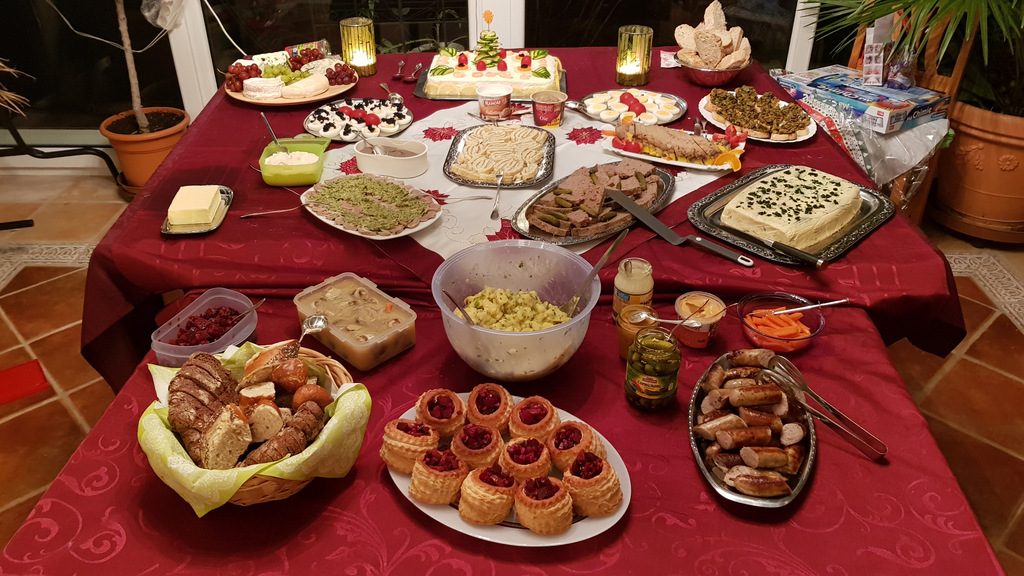 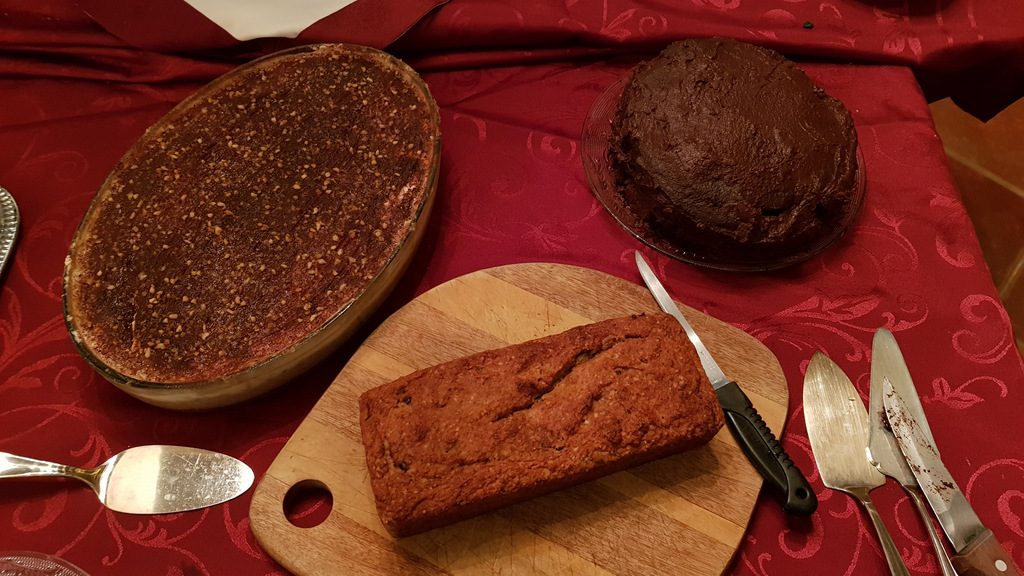 Every day, mostly in the afternoon, we go to the stables. We have taken on the challenge of establishing a relationship with Vigie where she will trust us and consider us adequate leaders. A month ago, she was very insecure and questioning everything we did with her. For example, I tried lungeing her, which resulted in a kind of rodeo. When mounted, she continuously kept her head high in all gaits, which indicates stress. So we went back to basics. I have done it before, but it’s been a while. And for Christophe, it’s all new. Horsemanship 101.

Fortunately, the stables where Vigie lives (Centre Equestre le Nenuphar) are very natural-horsemanship-minded. Aurelie, the owner, teaches along the lines of Andy Booth, who has his basis in Pat Parelli’s approach. We are both taking lessons with Aurelie. Christophe is learning to ride properly and I am relearning ground work. We’re often filming each other while working/riding. However awful it is to see yourself whilst making one mistake after another, it is also very helpful and speeds up the learning proces. In the evenings, we watch video’s from Andy Booth, Pat Parelli, Richard Maxwell and many others on Youtube. That too is very helpful. 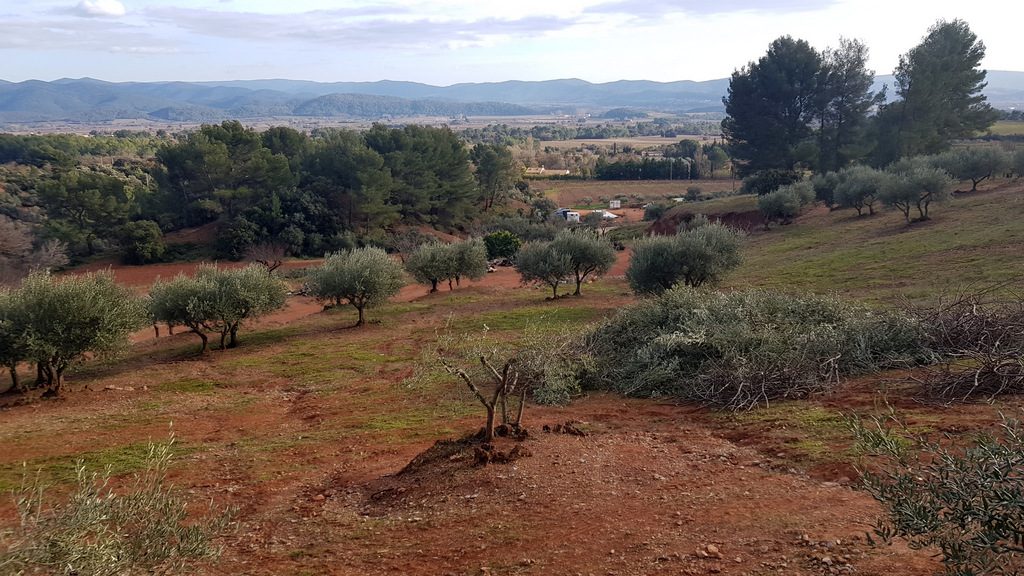 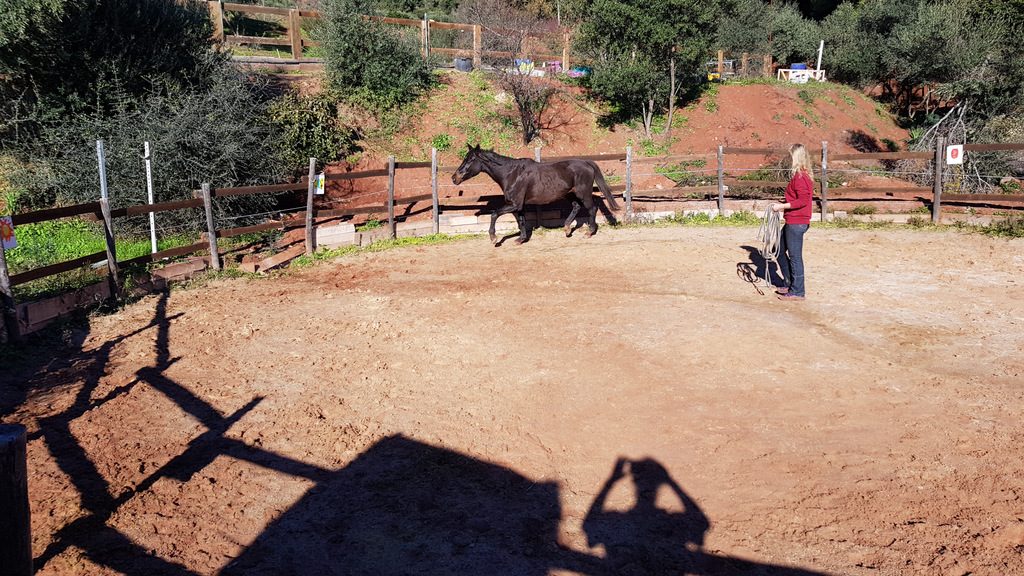 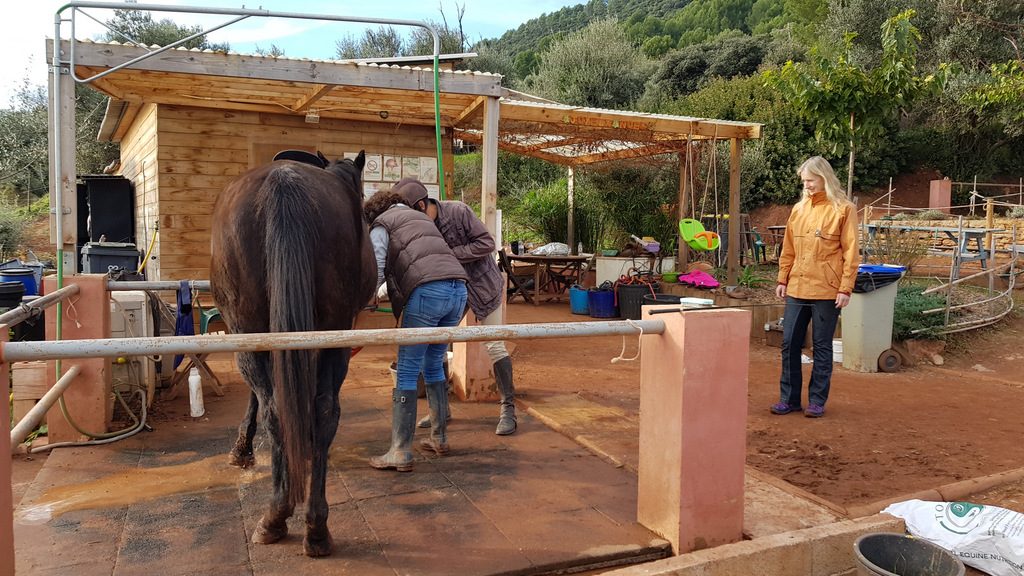 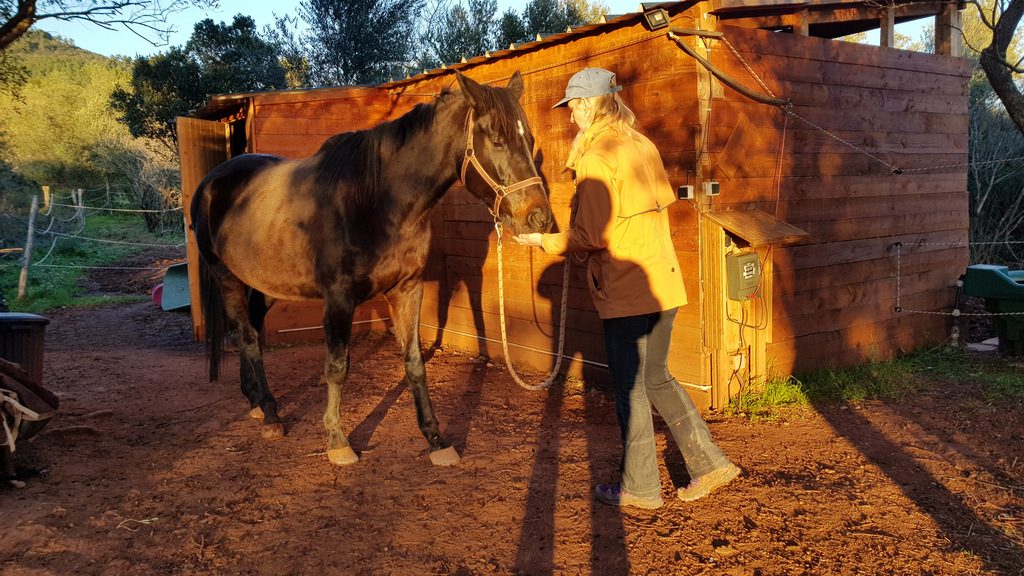 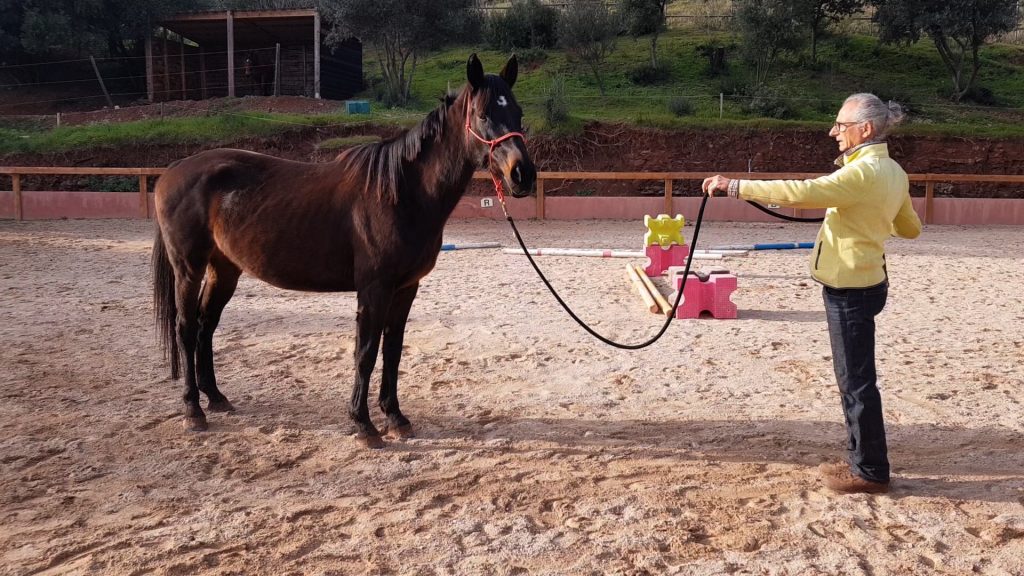 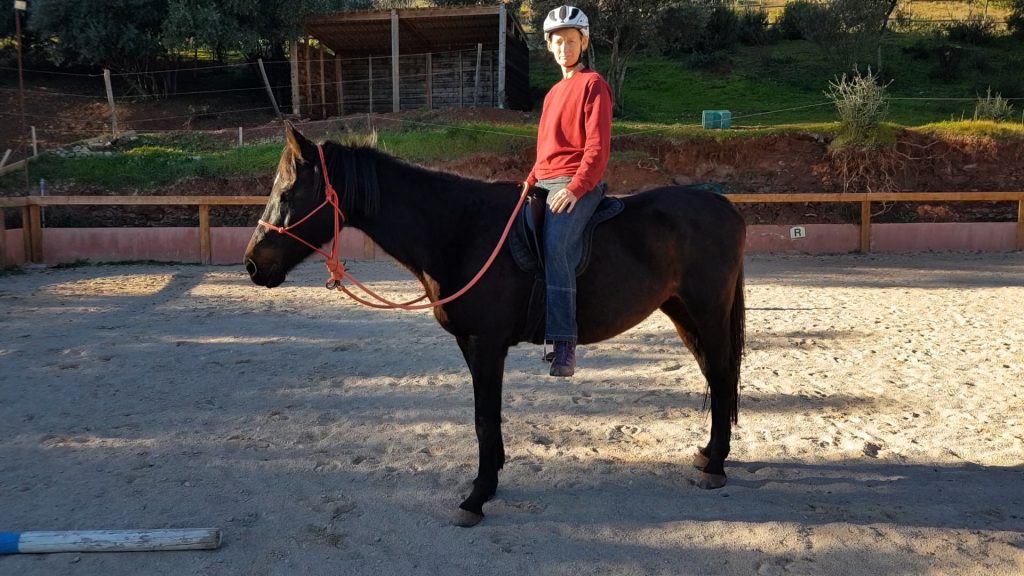 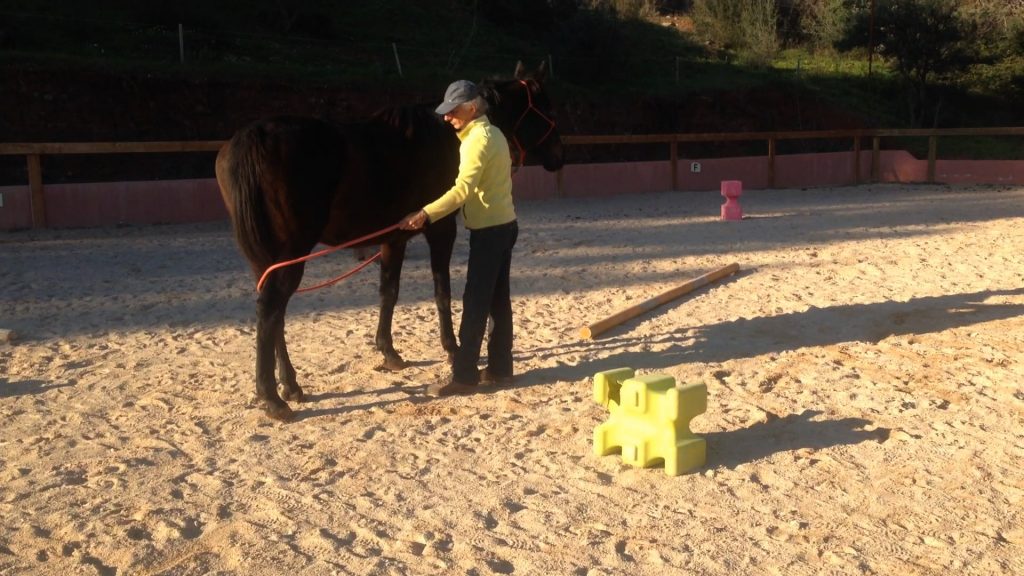 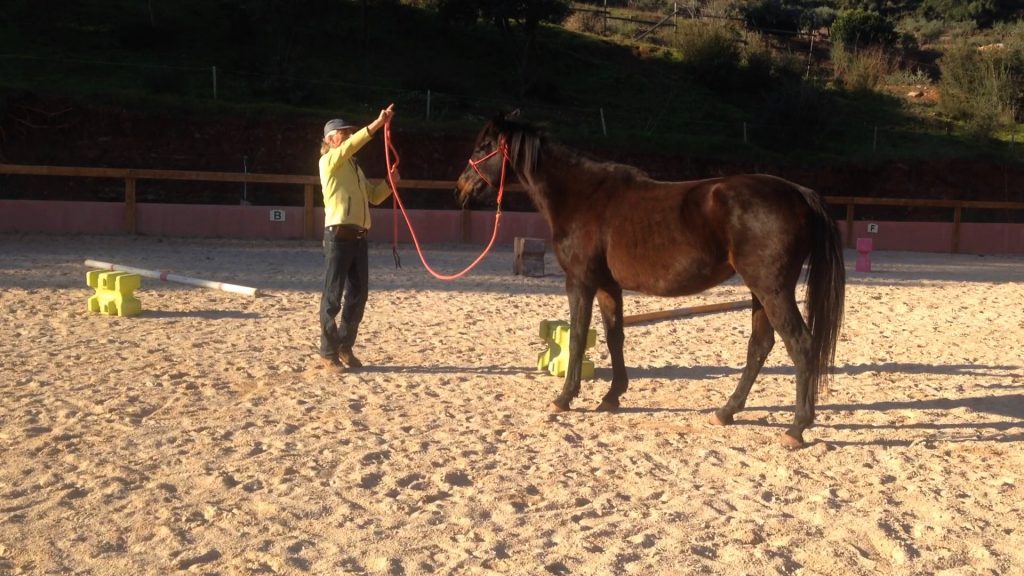 Yesterday, I mounted for the first time since starting Vigie’s re-education, and the change was amazing. This time, she managed to walk quietly in a relaxed way (head down) and was able to stand still when asked. Before, she could not stand still for more than a nano second. This time, she even managed to trot in a much more relaxed way, be it very slowly, what the Americans call a jog. But that pleased me much more than the flight reflex she displayed before.

Zola accompanies us to the stables every day. She runs free while we are working with Vigie or doing other stuff (cleaning out the paddock, helping around the place with all sorts of things that need doing). She is no longer afraid of the other dogs (at least 3 big boxers) that are often there, and will play with them between 2 and 4 hours!

When we get home, Jeannie, the downstairs neighbour, often lets her 9-month old chihuahua Bambou out. Zola and Bambou are best friends and love to play. So we let them play while we chat with Jeannie. Once we take Zola upstairs to the apartment, she will usually drop down and fall asleep instantly. 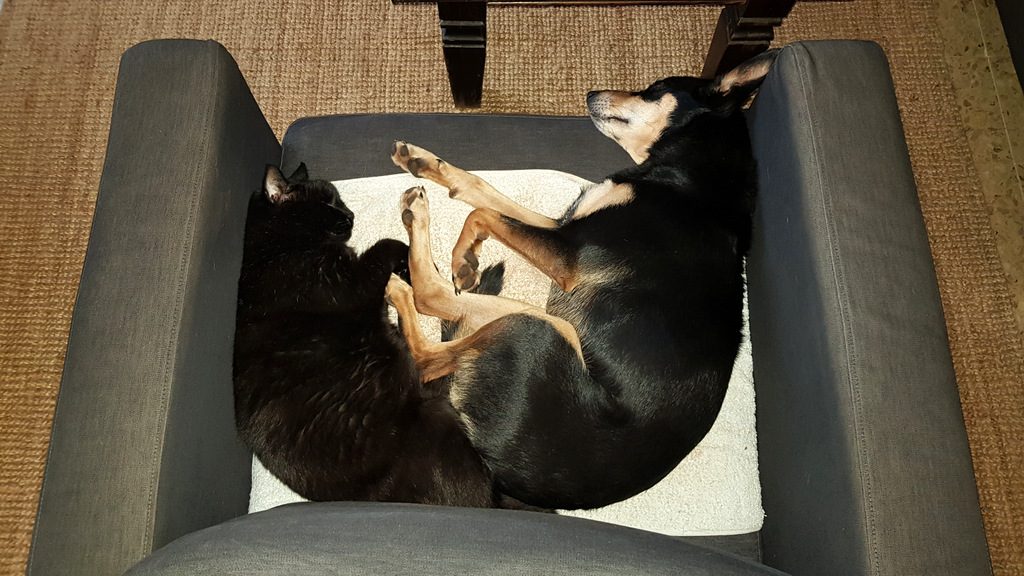 In our first week here, Leo scratched Christophe. In our second week here, he did the same to me. So we learned not to bother him too much. He likes to be caressed when he’s eating, but the rest of the time, you’d better beware. So we feed him when he asks to be fed and mostly leave him alone. I sometimes caress him when he’s sleeping and have so far gotten away with that.

Life in an olive grove

We really really REALLY like it here. The apartment is far enough away from the village and the road that we hardly hear the traffic. Up here on the first floor, we have an amazing view with stunning sun ups every day. And as for the weather, so far, we have had one day of rain and all the rest of the time, it’s been dry and mostly sunny. With day temperatures between 11 and 17° C. At night it might freeze one or two degrees, but during the day it gets up to 36° in the sun, so we take our midday meal out on the terras. 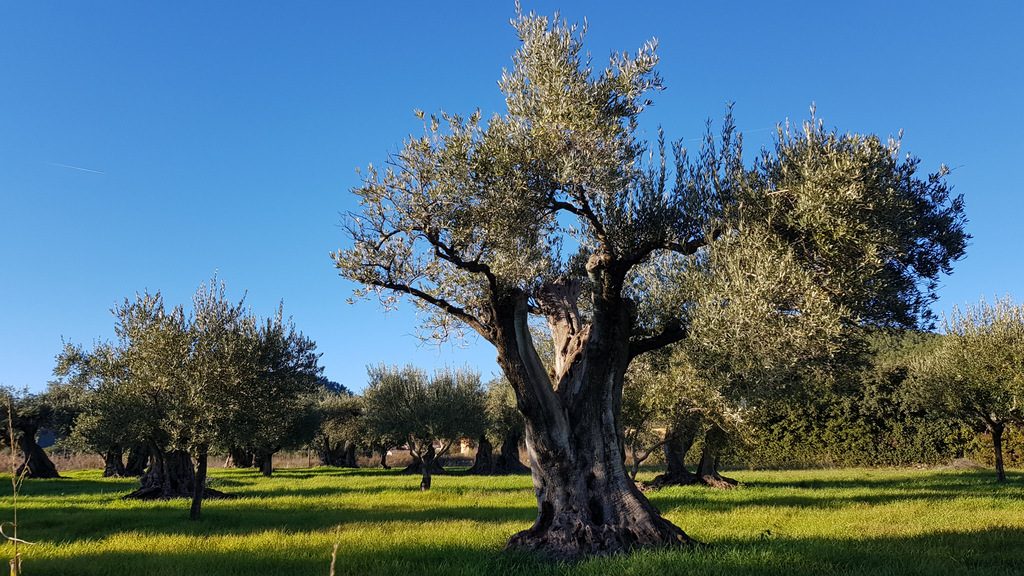 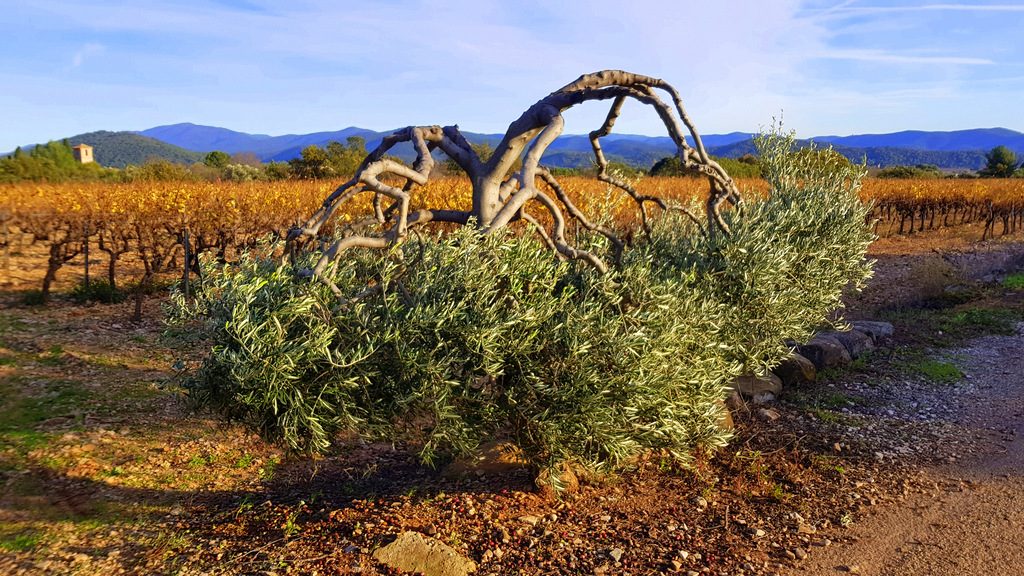 For starters, we wish everyone a wonderful 2019, in good health and filled with love, joy and new experiences. For ourselves, we envision a year filled with more horse experiences. But we’ll see what the future brings. Let’s try not to get ahead of ourselves and live in the here and now.