We’ll be spending next spring on Tenerife!

This morning, we received a message through THS from Karen in Tenerife. Earlier this year, she’d had a listing on the site, looking for house sitters. We had been in touch with her at that time, but she had decided to try workaway instead of THS, so it didn’t work out.

Workaway: where volunteers and hosts find each other

Workaway is a website that matches people who want to travel and volunteer with people who could do with a bit of help. For example on a farm, with a renovation, on special projects, etc. The volunteers help in exchange for a roof over their head and food in their bellies. This can be a really good solution for both parties, but as a host, you do have to be present.

Now, Karen wants to go away on holiday, so workawayers aren’t an option. She needs house sitters, and since we had already be in touch with her, she contacted us. She didn’t even put a new listing on THS, so no competition for us 🙂

More than what we were hoping for

This evening, we had a WhatsApp video conversation with her. We got along nicely, and she proposed that we come for the whole two months. She will receive us and show us what is expected of us (she has 11 horses, amongst other animals) during a couple of days, or even a week. She’ll even take us riding, because 4 of the horses are still ridden and need regular exercise. And then she might leave for like 3 weeks, come back for a week or so (in which we are free), and go away for another couple of weeks. She offered us the use of her guest studio for the times when she is at home, so we’ll have a pied a terre.

Don’t we have a charmed life? At this moment, we are house sitting in a gorgeous location in SW France, taking care of 6 horses and a filly. December, January and February, we’ll be in Provence and have one horse at our disposal. We’re allowed to do ground work with her and even ride. And in Tenerife, there’ll thus be 11 horses, 4 of them ridable. We are so incredibly fortunate! 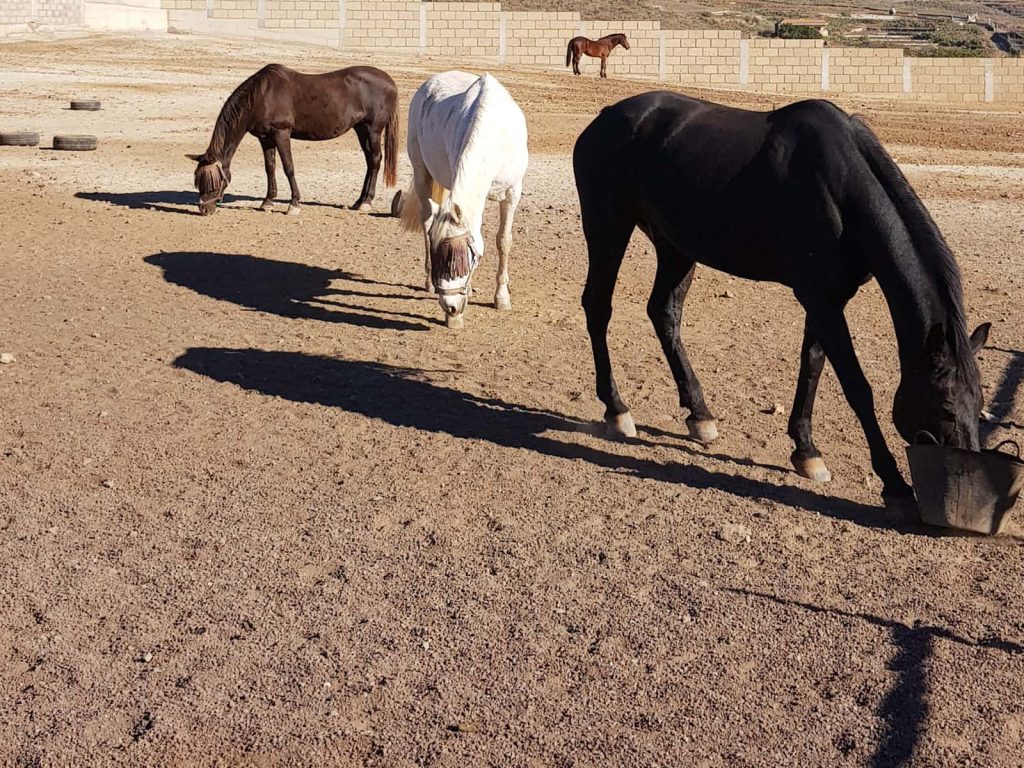