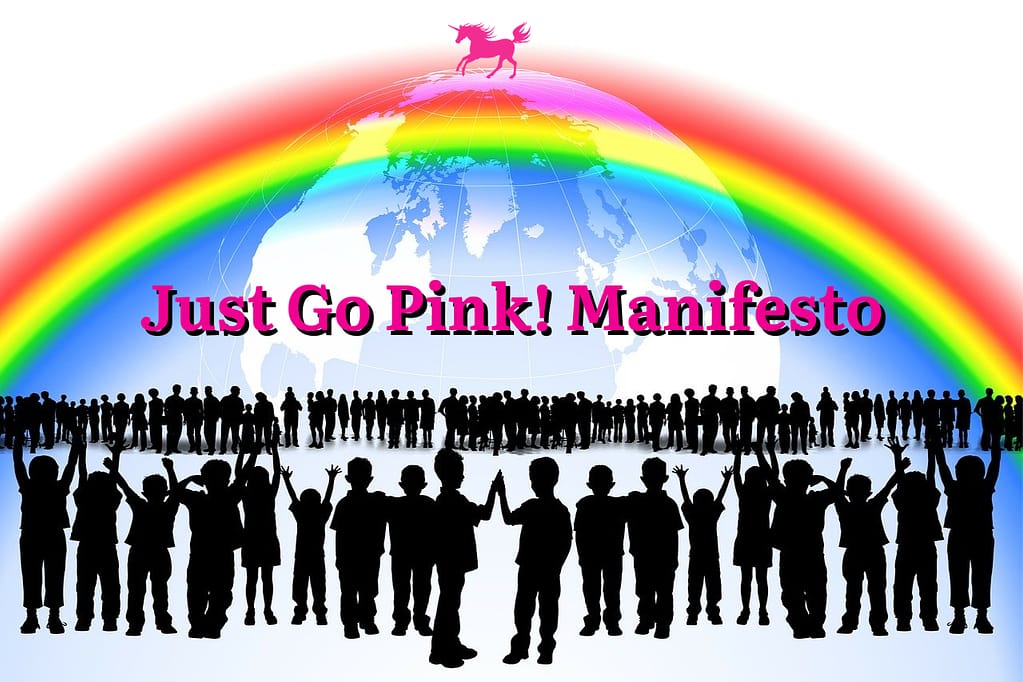 To live healthier, happier lives and save our planet for future generations, we have to change our habits.

This is much easier said than done. We see it as a three-step-process:

Take responsibility for your own life and the impact you have on your environment.

Become aware of your habits, and where you can make improvements.

We are an intricate part of our surroundings, which includes everything outside of ourselves. Other people, animals, the air around us, ... everything and everybody. We are all interconnected and everything we do influences everything else.

And thus our health and happiness aren't limited to our individual bodies and minds. They too are interconnected with everything and everybody around us. At least, that's how we see things.

Want to know more about who we are? Here are our personal stories:

I lived many years with severe pain from what was eventually diagnosed as endometriosis. I underwent an operation that I believed would heal me. Instead, 4 months later, I was back in the specialist's office with the same symptoms. Trusting his judgement, I started taking high doses of hormones. They suppressed the symptoms, but also had side effects. Most importantly, my emotions where tempered, so I was never depressed nor very happy.

After nearly 5 years, I decided to stop taking the hormones. The symptoms slowly came back and nine years after the first operation, I was back in the OR for a second operation. And a year after that, I was once more consulting my specialist.

He informed me that endometriosis is incurable. They can operate on a regular basis to remove the active endometriosis centres. They can prescribe medication (hormones and other) to dull the pain. Other than that, Western medicine has no solution. As a patient, you just have to live with the pain and the inconveniences as best you can.

Before operating a third time, we scheduled an MRI, which had a 6-week waiting list. In the meantime, I researched (again) everything I could find about endometriosis. That's when I found "the endometriosis diet". It was written by a Dutch acupuncturist, and she had very good results with it. Since this is non-invasive and I have full control over it, I decided to give it a try.

Now this may seem hard to believe, but this diet healed me overnight. I kept to it very strictly and had to relearn how to cook, but it worked so well! For the first time in 20 years, I was pain- and medication free! Changing my diet literally changed my life. I had never felt better.

This was the beginning of a journey of research and learning. I wanted to share this wonderful discovery with as many people as possible. Because I quickly found out that endometriosis isn't the only disease that can be healed through better nutrition. In fact, almost every disease we humans can suffer from will benefit if not disappear, once we change to a correct diet.

I started studying Ayurveda and discovered that body, mind and soul are deeply interconnected. And thus that our thoughts influence our body. And that we can take charge of our thoughts. For example, by practising meditation. But also that movement (or lack thereof) effects body and mind in equal parts.

As a trained environmental biologist, I have been aware of the dangers we humans pose to our environment for a long time now. And of the actions we need to take to safeguard our planet for future generations. With my growing awareness of the interconnectedness of everything and everybody, I have come to realise that every wrong we do to another (person, animal, or planet), we ultimately do to ourselves. Therefore, it is my mission to educate and create awareness, and to motivate people to change their habits. For the future of us all, and the health and happiness of each.

It's very interesting... For as long as I can remember, I've always instinctive and relatively quickly been able to put aside current problems, or rather life's challenges as I call them, and let go of things over which I have no control. Not an easy thing to do, but I manage.

If I can actively do something about it, I will. But if not, I simply wish for the situation to change, and it will. It may take months, and sometimes even years, so developping patience has been very important to me. There is no miracle solution, and I always follow my instincts. I have made mistakes on the way (maybe because I'm French I'm too impulsive!), but that's how you learn to progress in life.

But how do you turn the negative into a positive? I think I sort of unconsciously ignore the negative sides. Today I know that you can't control everything, you have to allow life to surprise you and keep faith in the outcome.

However, in all the ups and downs of my material life, I was missed a spiritual aspect. My first encounter with meditation and inner peace came by chance through my first yoga teacher.

Several decades ago, I suffered for months from severe back pain. When it became too much, I sought professional help. But all the doctors could do for me was to give me injections, prescribe sick leave and/or physiotherapy. Unfortunately, most improvements lasted only a few hours or days, at most.

My ex-wife then suggested that I try yoga. I did, and the very first yoga lesson was an immediate success. I learned some exercises that I could do at home.

From that day on, I regularly got up earlier and did the exercises for about 10 minutes every morning and sometimes again in the evening. Over the next three weeks the pain became less and less severe and after five weeks it completely disappeared, never to return.

This small adjustment of 10 minutes a day has helped me not only to eliminate the pain and to achieve a better quality of life, but above all to avoid a subsequent operation which is in many cases necessary. It is so important to find the motivation to make small changes and to give your body what it needs.

Later, amazed by the positive effects of Yoga, I followed a Yoga teacher training course . And my life changed completely... Now I start every day with yoga, pranayama and meditation, which takes me 60 to 90 minutes. But the quality of my days has improved since then, despite a lot of stress.

During my training as a yoga teacher I also came into contact with Ayurveda and its diet, but as I was in good health, it had no priority. However, becoming a vegetarian was very easy. My respect for animals and their suffering, combined with the health aspect for my body helped a lot. Yoga and Ayurveda are sister sciences that complement each other perfectly.

I am now very happy to be able to contribute to improving the health of many people. As I said at the beginning, one thing leads to another. And there is no such thing as chance.

Becoming aware of my body was very important to me. But what is the influence of the environment on all of us? And what contribution can I make with my experiences? How can I make as many people as possible aware of the importance of moving their bodies, eating well, taking care of their environment and having positive thoughts?

These are the most important goals I have set for myself right now.

And so, here's how we see the steps to healthier and happier living:

As human beings, we tend to follow. We unconsciously look for some authority to tell us what to do. It can be the pastor, the doctor, the government, a guru, or whomever. Somehow, we feel secure doing what someone else tells us to do.

We give them power over us and surrender our own responsibility. Once you become aware of this, you will probably agree with us that this might not be the best thing to do. Because we stop asking questions and when life hands us lemons, we are reduced to victims that don't do anything except complain.

In the current day and age, do you really believe that the authority in whom you put your trust has your best interest in mind? And do you really want to blindly follow what they tell you to do? Really?

To realise the impact of your actions, just imagine for a moment what the world would look like if everybody did the same as you. You see? It's only a matter of scale.

In the end, the only person that is responsible for your health and happiness is you. So if you want to live a healthier and happier life, the first thing to do is recognise this and take responsibility. You may not have full control, but there is so much you can do to change your life towards more health and happiness, it's absolutely worth the effort. And the way we see things, it can even seem effortless!

Become aware of your habits

Habits are automated behaviours, which means that most of the time, we are not aware of them. We perform them without thinking. That is a good thing when it involves good habits, but not so good when bad habits are in play.

For example: many people eat unconsciously. We live in a society that bombards us with messages to eat EAT EAT! Which results in people "grazing" (= constantly eating). There's even a word for it: snacking.

Snacking is, in general and for many reasons, a bad habit. It compromises your digestion, because your stomach has to work all day long, without the pauses it needs to restore. And in many cases, it results in too much food intake, which results in weight gain.

In order to change your habits, you have to become aware of them first. This usually happens when you are confronted with the unwanted consequences of a habit. To elaborate on the above example: your clothes don't fit anymore, because you have gained weight.

The reason for this is that they are going around it in the wrong way. They want to see big changes after a very short time. So they resolve to change their habit overnight. To stick with the example: no more snacking.

For a couple of days, they suffer both physically and mentally. They are frustrated, can't think of anything but food, but they hang in there. But after maybe a week (at the most), they crack and go back to their former behaviour. Because they have lost hardly any weight and they feel like crap. They are left with the thought (conviction) "I just can't do this".

And right they are, because this way is setting yourself up for failure. The way forward is through tiny, incremental baby step changes. And you'll have to let go the wish to see big changes after a short time. You have to allow yourself the time it takes to ever so gently ease into a new habit. Don't try and force anything.

We've created a worksheet (aptly called our Change sheet) to help you get started. It will help you by creating a plan and implement it today. You can effect big changes by taking small steps, but you have to start. So take a first step by downloading our Change sheet.

It's time to take matters into your own hands. Download our free Change sheet, and start making changes towards more health and happiness right now:

We use cookies to ensure that we give you the best experience on our website. If you continue to use this site we will assume that you are happy with it.OkNoCookie Policy