Bar Soap Or Liquid Soap; What’s The Best Choice For The Environment And For You?

One of the many things that have become very clear as a result of the Covid19 pandemic, is the importance of good hygiene to our health. Particularly: washing your hands. Because soap kills many viruses and bacteria.

For decades now, we’ve all grown used to buying and using liquid “soap”. But did your know that liquid soap isn’t really soap at all?

Definition of soap: “a substance used with water for washing and cleaning, made of a compound of natural oils or fats with sodium hydroxide or another strong alkali, and typically having perfume and colouring added.”

The difference between bar soap and liquid soap

Soap, as stated in the above definition, is a product made from a combination of fat or oil, water, and an alkali (traditionally lye). These three simple ingredients form the basis of any soap. Liquid soap on the other hand, is a different kettle of fish. It’s a synthetic detergent, made from chemical compounds. Put like this, it really makes you want to rub your hands in it, doesn’t it?

When I switched from bar soap to liquid soap, I didn’t know this. All I knew was that bar soap had a drying effect on my skin and liquid soap didn’t. And the fact that liquid soap comes in a plastic bottle and bar soap doesn’t need any packaging didn’t even enter into the equation. I admit that I was completely unmindful at the time.

But now that I have awakened to the fact that the packaging alone makes liquid soap a questionable product (environmentally speaking), I have decided to research some more. And that turns out to be very interesting. I’ve learned a lot. 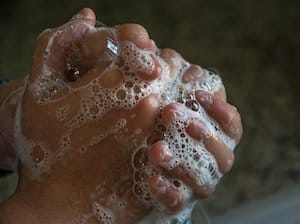 For example: did you know that when we wash our hands with liquid soap, we use almost 7 times as much compared to bar soap? This may in part be due to the fact that most liquid soaps nowadays have a dispenser which dispenses quite a lot of soap…

Bar soap doesn’t have to be drying to the skin. It’s just that commercial soaps often have a high pH, which is drying. But they don’t have to! There are a lot of soaps that have a neutral pH and thus do not have a drying effect at all.

It takes up to five times more energy to produce liquid soap than a solid soap bar. Packaging and transportation of liquid soap costs 20x more energy than that of bar soap. That’s because liquid soap is packaged in plastic bottles and contains a lot of water, which makes it heavier. Plus, most liquid soaps are packaged in round bottles with a dispenser on top, which is much less efficient in terms of packing and storing.

Bars of soap on the other hand, are usually bar shaped (duh!), which makes them very efficient to pack. And they don’t need plastic packaging. In the best case scenario, they aren’t packaged at all. In most cases, they are packaged in cardboard, which isn’t too bad from an environmental point of view. 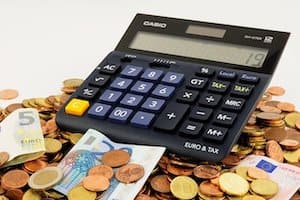 Consumer price of washing your hands

I found an interesting article by Bill Chameides in Huffpost. He actually calculated what it costs to wash your hands with liquid soap vs bar soap. It’s a clear win for bar soap, which costs about 0.4 cents per wash, vs 3.5 cents with liquid soap. So if you want to save money, buy bar soap instead of liquid soap. 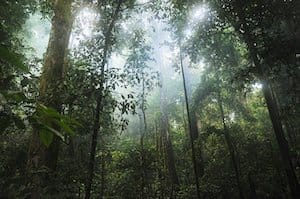 Taking all of the above into account, bar soap easily wins over liquid soap. However, bar soap uses fat or oil, and currently, the cheapest oil is palm oil. And that is not an environmentally sound choice at all. Palm oil is extracted from palm trees in plantations that have been planted after destroying a rainforest. They are one of the main reasons our rainforests are disappearing. I assume you already know why that is a bad thing, but if you don’t, or if you want to refresh your memory, here is an outstanding, in-depth article about it.

So if you buy bar soap, read the label of ingredients and avoid buying anything containing palm oil or its derivates. Here’s a list from Products without palm oil with all the different names of palm oil derivates:

Incredible isn’t it? At least one of these names can be found in the ingredient list of almost every product found in any supermarket! I copied this list into my smart phone so that from now on, I can try to avoid products containing palm oil (derivates). 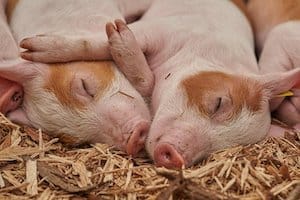 Be kind to animals (don’t kill them)

The other not-so-nice-thing about bar soap is that it may contain lard or tallow. Lard is fat from a pig, tallow from a cow or sheep. In all cases, the animal has to die in order to obtain its fat. Since bar soap can also be made with plant oil, it’s not necessary to kill animals for soap. Look for vegan soap, that way you are sure there are no animal products in it, nor was it tested on animals. 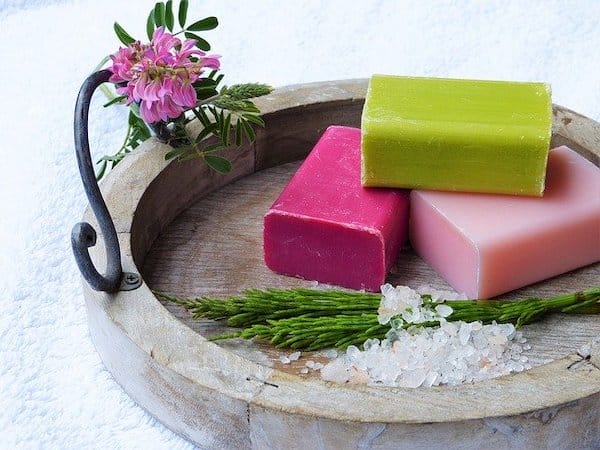 In conclusion, bar soap is much more environmentally friendly than liquid soap. And what’s better for the environment is fundamentally better for you. Because we need a clean environment for our good health and continued survival.

However, you do have to make sure when you buy soap that it doesn’t contain palm oil (derivates) or animal fat. So beware of that next time you need to buy soap. Or you can get adventurous and start making your own soap. I found this recipe that seems to offer a good start.

Karen Drost is passionate about health, especially nutrition. So much so, that she trained and qualified as an Ayurvedic nutritional therapist in 2010. She starts every day with yoga, breathing exercises and a meditation. When she's not helping others change their habits to improve their health and happiness, she can be found lost in a book or enjoying precious time with her partner Christophe and/or her horse.