6 Vital Facts That Everyone Needs To Know About Drinking Water!

Water in general is a basic need and an important resource for the maintenance of life in all its forms. Drinking water plays one of the most important roles in maintaining our health. Therefore, degraded water quality endangers the health of humans and the global ecosystem.

What is the definition of drinking water?

Drinking water is by definition drinkable water without any risk to our health. This does not mean that it does not contain pollutants or substances that are harmful to your health. It just means that their concentrations are below certain limits, established by experts and governments.

The Department of Health establishes quality limits for drinking water, and concentrations of pollutants must be low enough not to endanger us. Water in Europe is therefore declared “potable” if it meets specific standards imposed by the Commission of the European Communities.

63 parameters in five categories control the quality of European water. But as we will see a further on, evidence is needed to recognise that water can be a danger to man or his environment. As long as there is no such proof, officially, everything is just fine! But is it really? 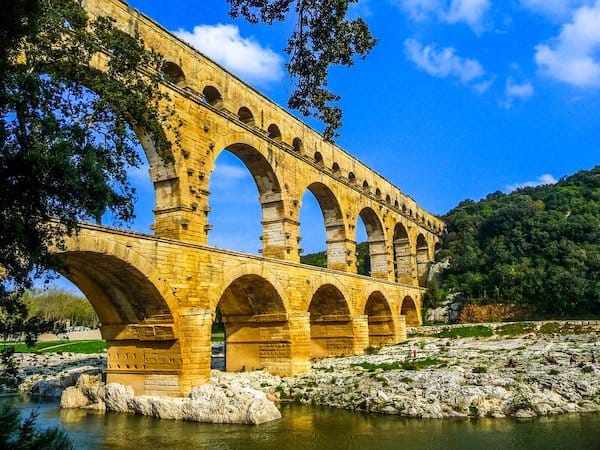 Is tap water dangerous to your health?

In France, tap water is “potable” water. Although the standards are strict and it is regularly checked, it is still possible to have cases of poisoning. Unfortunately, we are not immune to accidents. These poisonings are due to pollution of natural or human origin. They can be microbiological (virus, bacteria or parasites) or chemical in nature. For example :

LEAD is the best known risk, and 10 million homes in France still have pipes made of this metal!

PESTICIDES in water are caused by non-organic farming. Their infiltration into the ground is widespread in all territories.

NITRATES are naturally found in the environment, but they can also be caused by human activities. Agriculture with its mineral and organic fertilisers is the main cause.

MICROPLASTICS are the new (not!) scourge in our environment and are also found in our drinking water.

But there is more. For example arsenic, mercury, by-products of chlorination of water, residues of medicines such as antibiotics, hormones, antidepressants, beta blockers ... And each of these substances merits an article of its own, there’s so much to tell about them.

All of this and more can be found in “drinking water”! But, according to experts and the ministries of health, there’s no cause for alarm. After filtration and purification, there are only tiny traces of these elements, which are said not to be harmful to our health. Interestingly enough, for water to be declared drinkable, toxic substances do not necessarily have to be completely absent. And alas in these standards there is not yet a check for medicinal substances!

For France: A large majority of the 36,568 municipalities in France have clean water that complies with the current analyses set by the Ministry of Health.

For Great Britain: All mains tap water in the UK and Ireland is safe. British tap water is not only safe, but it's also ranked as some of the cleanest in the world. 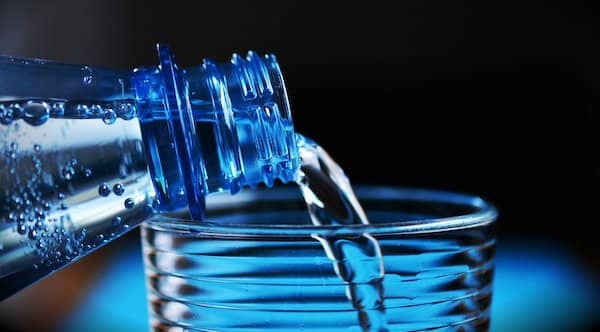 First of all, bottled water (in plastic bottles) is by definition bad for the environment. Packaging and transportation are neither economical nor ecological. It increases the greenhouse effect (carbon footprint) and in addition, plastic bottles pollute our environment worldwide, whether in European countries, America or Asia. Nearly 90 billion plastic water bottles are sold worldwide each year, or 2,822 liters of bottled water every second. That is way too much!

Mineral or spring water from deep underground water is still somewhat protected from human and bacterial pollution, but for how long? It is sometimes very mineralised (for example fluorine and sodium) but it still beats polluted water.

Researchers conducted tests in nine countries around the world: Brazil, Colombia, Russia, India, Canada, the United States, Indonesia, Congo and China, who together are responsible for 60% of the world water consumption. This research revealed that more than 93% of bottled water, including  the best-known brands, contain particles of microplastics. Bottled water is twice as contaminated with plastic particles as tap water. In addition, the microplastics present in wastewater reduce the performance of water treatment plants, alter the resulting water quality and render the treatment more expensive.

The dirtier the wastewater, the more greenhouse gasses treatment plants emit, because wastewater treatment requires a lot of energy and thus pollutes the atmosphere! 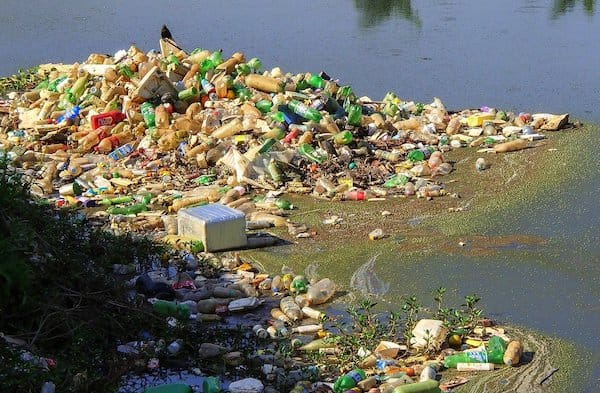 Meanwhile in our governing bodies, still no alarm bells!

“The World Health Organization says there's not enough evidence to conclude that microplastics — which exist nearly everywhere in the environment and show up in drinking water — pose any risk to human health, but it cautions that more research is needed to draw firm conclusions.”

Contrary to what the WHO says, I advise everyone to pay more attention to what we drink, and of course in general to what we consume (food, clothing, etc.). To me, it is shameful to downplay the harmful effects of microplastics in our environment. And let's hope that more research will be done soon. Yes, hopefully it will not be too late to take the necessary steps to ensure our health.

And let’s not forget that thanks to our purchasing power, we have a much more effective voice than that given by our voting for a new government every 4 or 5 years. Let us use it now and refuse plastic bottles as much as possible. 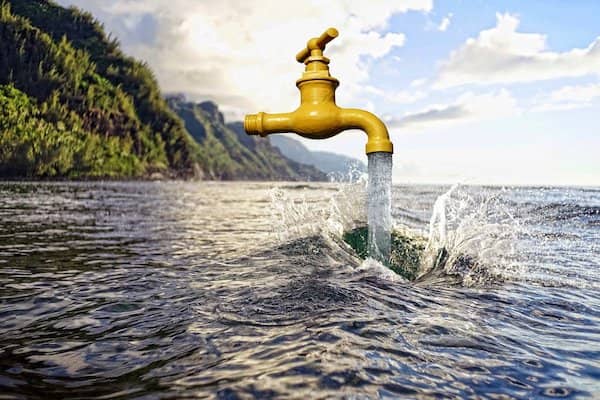 A priori, we do not yet have enough reasons to worry about the quality of tap water. Generally, in industrialised countries, the rules are strict: water may not contain any traces of microorganisms. For this reason, it undergoes several stages of purification before arriving in your kitchen. It is checked, and its content of metals and other substances may not exceed certain limits. These values are calculated so that the consumption of this water over a lifetime has no impact on your health.

That’s all very good, but it is up to us to make the final and necessary decisions to determine which water to consume to maintain our good health. Because water, together with air, is the most important element for our survival. As we said in last week’s blog, our body is made up of about 60-70% water. So you understand its importance. 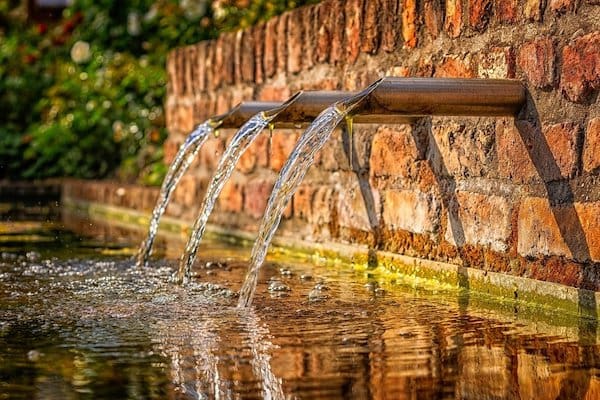 How to make my water as pure as possible?

The water from our taps is thus drinkable, but in the majority of countries, less profound groundwater is rapidly diminishing in quality. Therefore, for our continued safety and good health, it is necessary to limit the risks. Today, there are filtration devices that improve quality thanks to a second disinfection after passing through the pipes. For example:

Study the possibilities. In the long run, the investments will be worthwhile, because you will improve your health and your quality of life at the same time. 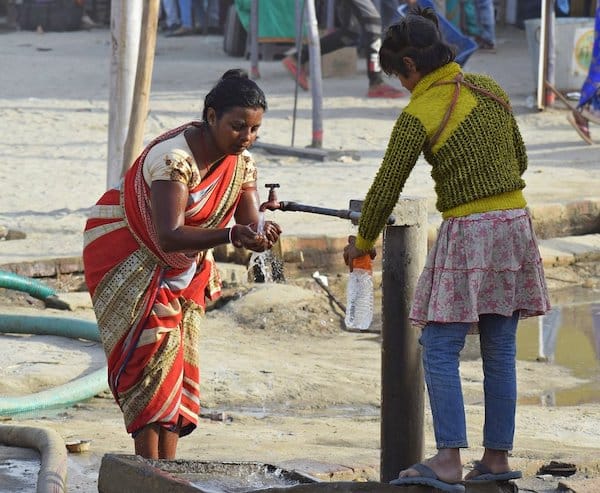 Become aware of the value of drinking water

When we think of the billions of people in this world who do not have enough drinking water, we can feel grateful to live in a (supposedly) civilised country and have enough of it. But we have to respect water even more and use it sparingly.

According to a 2014 report by the Observatory of public water and sanitation services, it is calculated that in France, one billion cubic meters of water are lost each year, the equivalent of 400,000 Olympic swimming pools! And that’s because of old water pipes, whose efficiency is about 78%, so 20% of the treated water is lost! And since 2014, nothing has changed.

For example, we use drinking water to wash our cars. Is that necessary? According to the Ministry of Ecology, car washing represents 6% of the average consumption of drinking water in France. Let us be mindful and be part of the change. There are already alternatives, such as using rainwater or dry cleaning with biodegradable products (without aerosols) or simply cleaning your car a little less often 😉

Showering rather than bathing, and turning off the water while applying soap and shampoo, can also save a lot of precious drinking water from going down the drain.

Old dish washers use a lot of water. The newer ones use 12 liters per wash. Some studies say that using a dishwasher saves 70% water because washing by hand can use a lot of water. My personal experience has shown me that it is possible to wash dishes in an economical way. For 2 glasses, 4 plates, cutlery, a salad bowl, two saucepans and a frying pan, I need around 4 liters and 15 minutes. Of course, this only works if you have hot water instantly. In addition, a dishwasher needs electricity, it takes up space and above all, it is still a device that has a certain lifespan and that must be manufactured, repaired and recycled. For a large family this may indeed be more profitable.

Anyway, sooner or later we will have to get into the habit of saving water. I wish for a fast and effective awakening for all, and particularly of all governments. Follow us on Facebook to regularly obtain additional information on all matters concerning our well-being and therefore our health.

Chris has been a mainframe programmer for almost 30 years. His interest in health, the body and meditation made him enrol in 2014 in a 2-year yoga teacher training course. His love for yoga began over 20 years ago. He has been starting his days with a series of yoga exercises, breathing and meditation ever since and his passion is to help others on a healthy journey.
Since meeting his partner Karen, he has learnt to create websites and reach more audience.
Life offers so many possibilities to study new areas, both geographically as well as intellectually, that he’s interested in just about everything. In 2018 he became a digital nomad to discover the world.